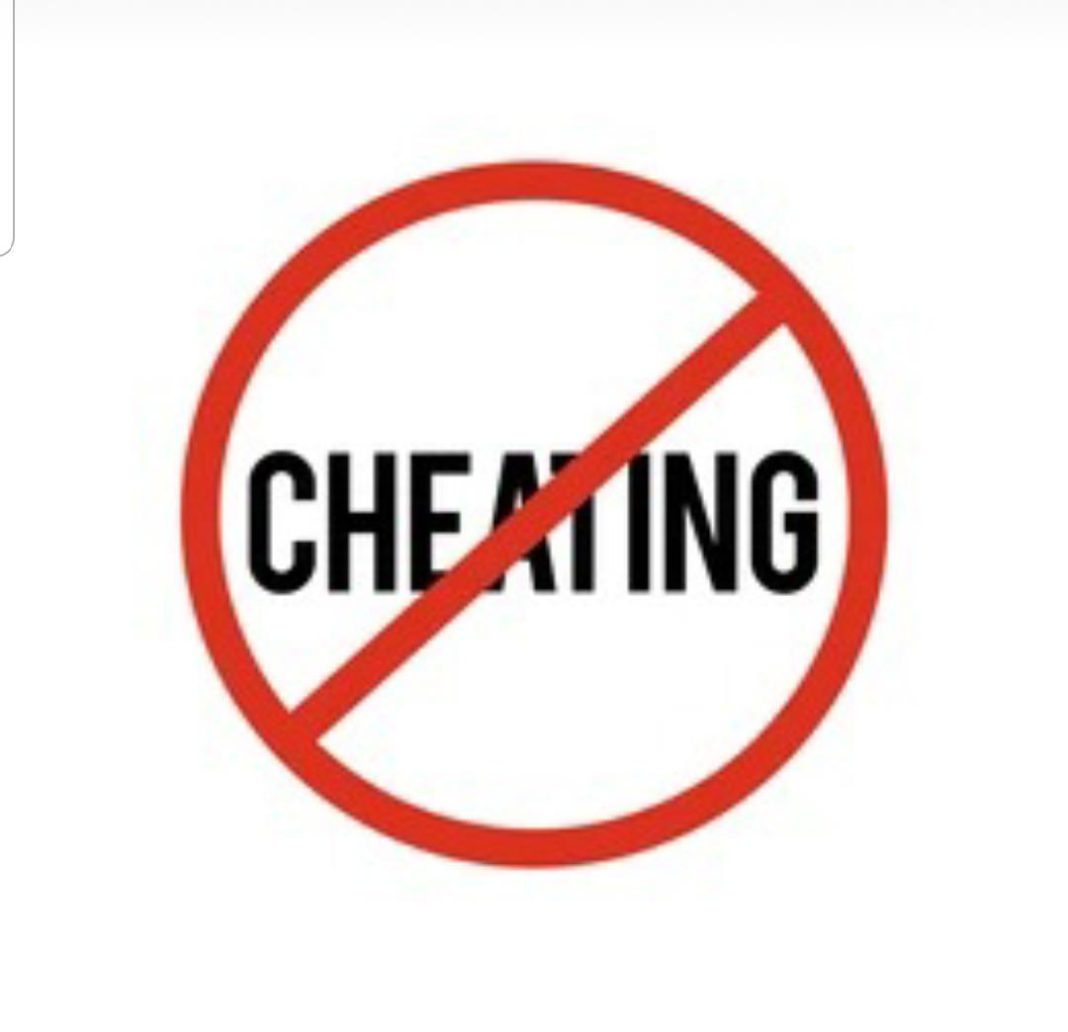 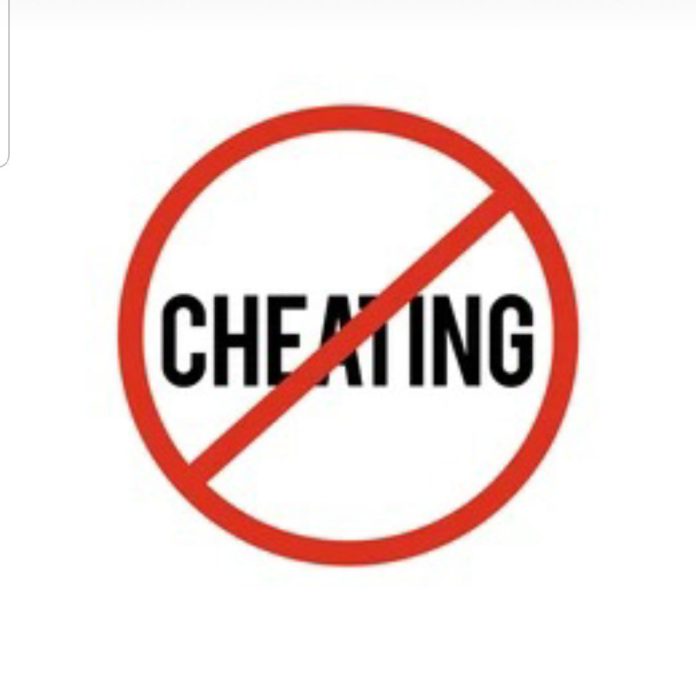 The whole thing started as a joke .

I called my girlfriend one day with our office line and joked, “Hey girl, what are you doing? I think I’m missing you.” She hesitated a bit before asking me, “Please who is this?” I said, “Oh, so you’ve forgotten about me so soon? You mean you don’t have my number? How could you do that to me?

You’ve broken my heart.” I was still in the playing mode but she took everything seriously. She said, “Not that I’ve deleted your number ooo but I changed my phone so I lost most of my contacts. Please forgive me. But your voice sounds familiar.”

I said,  “Yeah I know you know my voice so I’m amazed why you can’t make me out.” She was quiet for a while. Thinking of who could be talking to her. She said, “I’m trying to remember but it’s proving difficult. Please help me to remember.” I said, “I’m hurt that you don’t remember. I’m going. I’m sorry.”

I cut the line feeling amused. I was laughing to myself when she called again. I didn’t pick. She called back again and I picked. She said, “I think I know the person talking but I don’t want to guess and get it wrong.”

I said, “Feel free to guess. If you get it wrong I will correct you.” She said, “Is that not Nana Yaw?” I said, “I thought you’ll get it wrong like you’ll see what I will do to you.” She laughed out loudly. She said, “How can I get it wrong? You think I don’t know your voice. I was only trying to test your patience.” I laughed. She asked, “So is that how you are? You disappeared just like that. Is that how you treat a woman you say you love?”

I said calmly, “Please forgive me but a lot of things can go wrong within a second. I’m not making excuses. I just don’t want us to delve into the past. I’ve realized my mistake. That’s why I called you.”

She said “Hmmmm. Good to hear from you. I hope whatever happened has changed you into a better person.” I said, “That’s why I called. I’m a changed person. I also want to apologize for everything I did wrong. It won’t happen again.” She said, “It better not happen again because the first time nearly killed me.” Whiles we were talking, I realized she was being careful with the things she was saying.

She called me Nana Yaw but she wasn’t so sure that I was the Nana Yaw she was talking about. Anytime I spoke she paid attention to the details of my voice. I said, “I’m doing something with the phone so let me call back. We can also chat if you’re free.”

My name is not Nana Yaw. My Name is Josh and I had dated Sabina for close to a year. As I said, I was only pulling a prank on her but the conversation turned around so quickly that it got my curiosity piqued.

I asked myself, “Who is Nana Yaw and what is Sabina talking about? Is he someone she once dated? Is she ready to return to the guy? Why was she excited about someone called Nana Yaw? So much that she couldn’t differentiate the voices?” I decided to play along and see how far things will go. We started texting. I was careful not to talk about the past. Each time she brought it up, I said something like, “There’s nothing beautiful about our past. That’s why I don’t want to go there.”

We talked for a whole week. I would be on a chat with her and also send a message with my real line asking her, “What are you still doing online at this time?” Sometimes it will take her forever to answer. When she answered, she said something like, “I can’t sleep so I’m watching people’s status.”

I already knew the truth so I didn’t bother her. One night whiles chatting with her as Nana Yaw, she asked me, “So what’s up? Are we coming back together again?” I said, “It all depends on you. I made mistake but I’m back. I don’t know if you indeed want us to be together again.” She said, “If you asked for it pleadingly. I may say yes to you.” I asked her, “You don’t have a boyfriend? She said, “When you left, it was difficult for me so I didn’t want to date anyone. I stayed for a year until one guy bi came along. I wanted to give him a try but it didn’t work.”

I asked, “So where’s this guy? Is he hanging around or he has accepted defeat? She said, “At first he didn’t want to but when he realized I wasn’t so much into him, he left.” She then said, “He’s no longer in my life. He’s not important to the discussion so let’s talk about us.

Do you still want us to come back together?” I said “Yes.” She said, “Then ask for it. I want to hear it from you and assess if you really mean it.” Just when I was typing my answer, she called my line. I wasn’t comfortable talking to her. I felt she could make me out before the truth comes out. So I tried to avoid every situation that would make us talk on the phone. When she called, I picked. She said, “I want to hear you say it.” I said, “I’d rather write it. I’m fluent with writing than talking.” She said, “No, I want to hear it…”

Just when she was waiting for me to propose again, I called with my main line. She didn’t pick. I called again, she didn’t pick. Speaking as Nana Yaw, I said, “Is someone calling your line? She said, “Yes but let’s talk. I will talk to him later.” I said, “Ok talk to him whiles I put my thought together and tell you my heart.” She cut the line and called my main line.

Just as we were talking, I called with the Nana Yaw line. She said, “That my friend is calling me again. Let me talk to her and get back to you. Immediately she picked the Nana Yaw line, I cut it. She called. I didn’t pick. She texted, “Please pick I want to hear your voice.”

I texted back, playing the role of Nana Yaw. I said, “I’m angry. I don’t want to talk.” She apologized. She said it wasn’t going to happen again. She said she was waiting to hear the proposal. I sent it through text. She said, “You know I’ve always loved you. You left me but I didn’t leave. My soul knew that you’ll definitely come back again. Good to have you back.”

I was one in two—two guys dating one girl. Somedays I got confused. I would be talking to her and ask myself, “Who am I this time—Josh or Nana Yaw?” It wasn’t easy to keep the trick going but I was determined to get to the bottom where I would either have the last smile or cry. For close to one month, I kept this charade going. One night, while talking to her as Nana Yaw, she asked that we do a video call. She said, “I haven’t seen you in ages.

Let’s do a video call.” I said, “Great. Why not?” I called her on video and immediately she picked, I turned my data off. The screen got stuck on “Connecting…” until it finally dropped.” I asked her, “Is the network bad from your end or my end.” She said, “I don’t know ooo. Let me try and see.” She called. I picked and turn my data off. Connecting….until it dropped.

She asked for a photo, I said, “I haven’t taken new photos recently. Tomorrow I will send you hot ones.”

The charade was getting hard to keep up so I decided to end it where she’ll be embarrassed. Talking to her as Nana Yaw, I asked, “What would you be doing this weekend?”

She said, “Nothing. I don’t go anywhere and don’t do anything, I’m the same girl you used to know.”  I said,  “Then why don’t you come over?” She asked, “You mean I should come to Kumasi?” I said, “Yeah, it’s been a very long time. We can use a weekend together.” She said, “That would be awesome.”

On Thursday I called her with my main line. I told her, “This weekend I want us to do something crazy. I won’t tell you but I will come home and pick you so we go out.” She said, “Oh I didn’t tell you? This weekend I will be traveling ooo. My mum said I should escort her to the village to attend the funeral of her friend. I thought I told you.” I said, “Tell your mom you have a date.” She said, “You want her to slaughter me? Let me go and come. We can do that crazy thing next weekend.”

On Friday morning she called my Nana Yaw line. She said, “I’m on my way.” I said safe journey.”

We kept texting each other, talking about all the nasty things we would do when she comes. Hours later she called. She said, “I’m here. Where should I wait for you?” I said, “Just stay at the station I’m coming.” Thirty minutes later I called her on video. Immediately she saw my face on the screen she frowned. I said, “You don’t like my face?” She shook her head and cut the line. I called her on the normal line. She didn’t pick. I sent her a text; “You see your lying life. You can travel over five hours just to meet an ex. Good for you.” She texted back; “You think I didn’t know it was you? I was only playing along to let you know how silly your intentions about me are.” I said, “Then why did you cut the video call if you knew I was the one all along? Shame on you. If that’s who you truly are, then you’ll never find a  proper boyfriend in your life.” She said, “I don’t have time to waste on your silly self. Leave me alone.” I said, “Safe journey back home. I hope you enjoy the ride.” She sent me a voice note. She started the voice note with a burst of long laughter. She said, “You think I’m a fool like you? I’m visiting my sister that’s why I came here. It’s not all about you.”

She was really pained but she was doing everything to cover it up. Three days later, I was checking up on her Whatsapp when I realized she had blocked me. I tried her line. Blacklisted.

She’s covering her shame with anger but I don’t mind. I’m only happy that I found her out the way I did. It’s a big world out there but cheaters have no place to hide. Sabina, wherever you are, may you be caught over and over again whenever you try that on any boyfriend of yours. Liar!