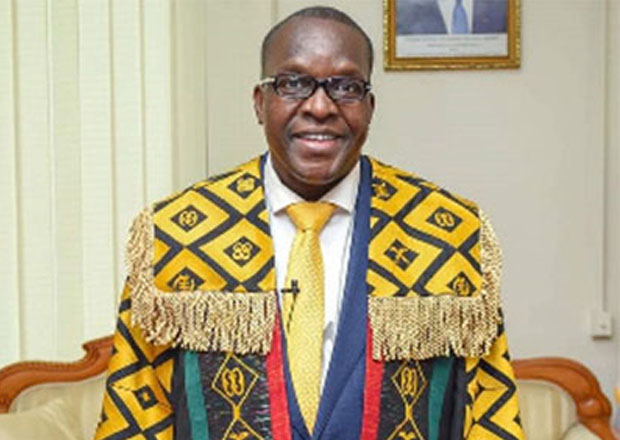 Last week ended on an interesting note as the Speaker led the NDC to put the country on edge in their unproductive bid to subject the 2022 budget to public opprobrium.

The various interpretations to what transpired or not in the legislature reflected the nature of politics in the country today.

A spectre of triumph for the Speaker and his NDC was trumpeted by the opposition party’s propaganda machinery which expectedly went overdrive as part of their political chess project.

Even in the face of the country being pushed towards a constitutional crisis by their schemes, the Speaker announced his departure for a medical review in Dubai supported by a four-member retinue.

That is the power of a Speaker, Number 2 or 3 in the country. After his infamous assertion that he occupies one of the foregone positions in the national hierarchy and later denying same, all we can say is that he is not letting go the pecks of Office of Speaker. He is protective of the public kitty.

Anyway, what is all this boastful claim that the budget has been rejected and same finding its way in the media to the pleasure of the NDC as they pat each other on the back?

It sounds preposterous that 137 members of the House of Parliament can reject a budget. The glee with which this falsehood is being disseminated can only be attributed to political cynicism. Considering the caliber of those behind the faux pas, our stance in the seeming confusion cannot be a blunder. These are politicians who should not feign ignorance of the constitution and relevant Orders of parliamentary practice.

Mischief can sometimes blur vision and even thoughts. Indeed, what unfolded last weekend and now in a state of flux is telling.

We take notice of the deliberate attempt by the Minority with the Speaker leading the charge to subject the good people of this country, especially the youth, to undue embarrassment and indignation by toying with the important business of a budget.

Were the so-called Majority claim being touted by the NDC to be veracious governance would have been so debased that the people of this country would have lamented the state of politics.

The unnecessary and unproductive flexing of arms by the Minority under the circumstances to score untenable political points is being done to the detriment of the progress of this country.

We are appalled and saddened that the legislature under an NDC-inclined Speaker is being driven to decelerate the progress of this country which is enjoying the dividends of a free SHS policy.

We take solace however, in the fact that they would fail and the good people of this country and for that matter truth shall prevail.

The placement of meals waste in Ghana: a reminder and certain perspective in opposition to attaining SDG 12

Going Ahead, What Must Ghana Or The FA Do?

The E-Levy and the Pregnant goat analogy – Agumenu