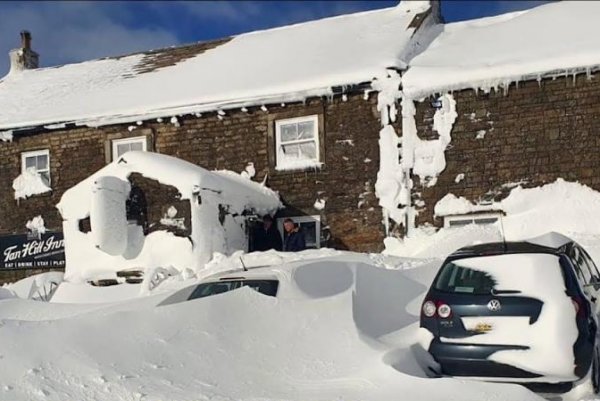 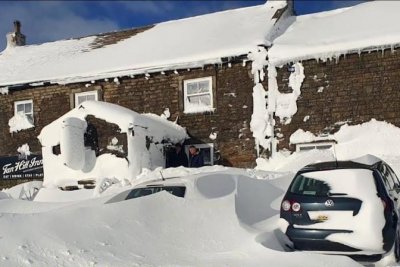 Nov. 29 (UPI) — More than 60 people who went to a British pub to see an Oasis cover band ended up spending three nights at the facility when a snowstorm left them stranded.

Andrew Hields co-owner of the Tan Hill Inn in Swaledale, which is known as Britain’s highest pub at an altitude of 1,732 feet above sea level, said two of the three roads leading to the business were blocked by snowdrifts Friday night and the third was blocked by a downed power line.

Hields said the pub, which was not affected by the downed power line, was well stocked with fuel, food and beverages before the storm, so the stranded revelers were well taken care of on Friday, Saturday and Sunday.

One man who is undergoing dialysis treatment was evacuated by a mountain rescue team, but the rest of the pub’s visitors, including the members of Oasis cover band Noasis, were stranded until Monday morning.

Some pub visitors said they had intended to camp outside for the weekend, but the pub made space for them indoors when their tents were destroyed by the snowstorm.

Hields said the stranded guests were treated to extra sets by Noasis, and they were also entertained with games, karaoke and Christmas carol sing-alongs.

Nicola Townsend, the inn’s general manager, said most of the customers were able to leave Monday morning after snowplows cleared the blocked roads.

“We’ve only got two of our guests left,” Townsend told The New York Times. “Young girls who are not confident to drive on the roads as they are, so they’ll stay tonight and go home tomorrow.”