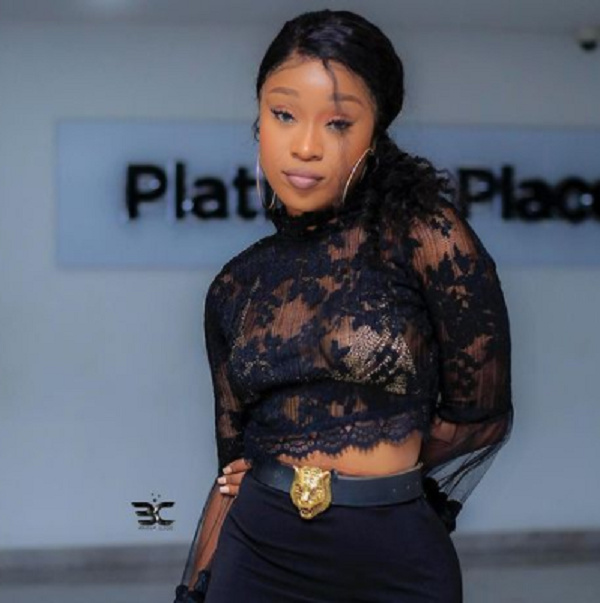 Actress Efia Odo has admonished the general public to live in the moment as no one is promised tomorrow.

As the saying goes, ‘today you are here, tomorrow you might be gone. No one knows the day death will come knocking on their door, therefore, you might ensure that every day in your life counts’.

The Ghanaian influencer in a tweet dated November 27 also wrote that there is a need for humans to be supportive and accommodating as no one knows the silent battles people are fighting.

Her message comes in hours after the news of the death of Ghanaian-American fashion icon, Virgil Abloh, went rife on Sunday, November 28, 2021.

Efia wrote: “You never know the battles people are fighting. We are all living in this world trying to conquer one day at a time. Live in the moment and don’t take anything for granted. Be of God, love, peace and harmony.”

Reacting to her post, a Twitter user named Aniscooser wrote: “You’re right. Some people can smile on the outside and be hurting on the inside. They’ve pressure and stress that we know nothing about. We have no idea what other people carry with them everyday. Be kind!”

Another, Eberner Carson added: “Odo this message isn’t from normal flesh, I think it was sent from above.”

Abloh, according to reports privately battled cancer for several years before succumbing to the disease.

“For over two years, Virgil valiantly battled a rare, aggressive form of cancer, cardiac angiosarcoma. He chose to endure his battle privately since his diagnosis in 2019, undergoing numerous challenging treatments, all while helming several significant institutions that span fashion, art, and culture”, a part of a statement announcing his demise read.

The fashion designer, according to the statement “is survived by his loving wife Shannon Abloh, his children Lowe Abloh and Grey Abloh, his sister Edwina Abloh, his parents Nee and Eunice Abloh, and numerous dear friends and colleagues.” 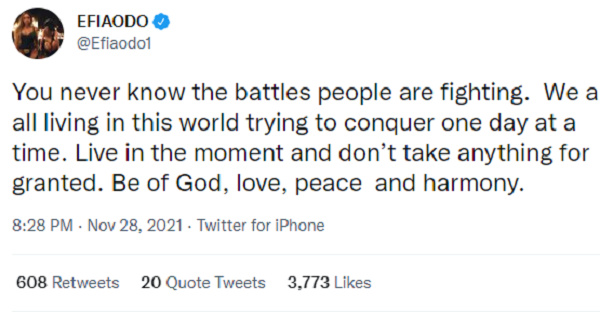