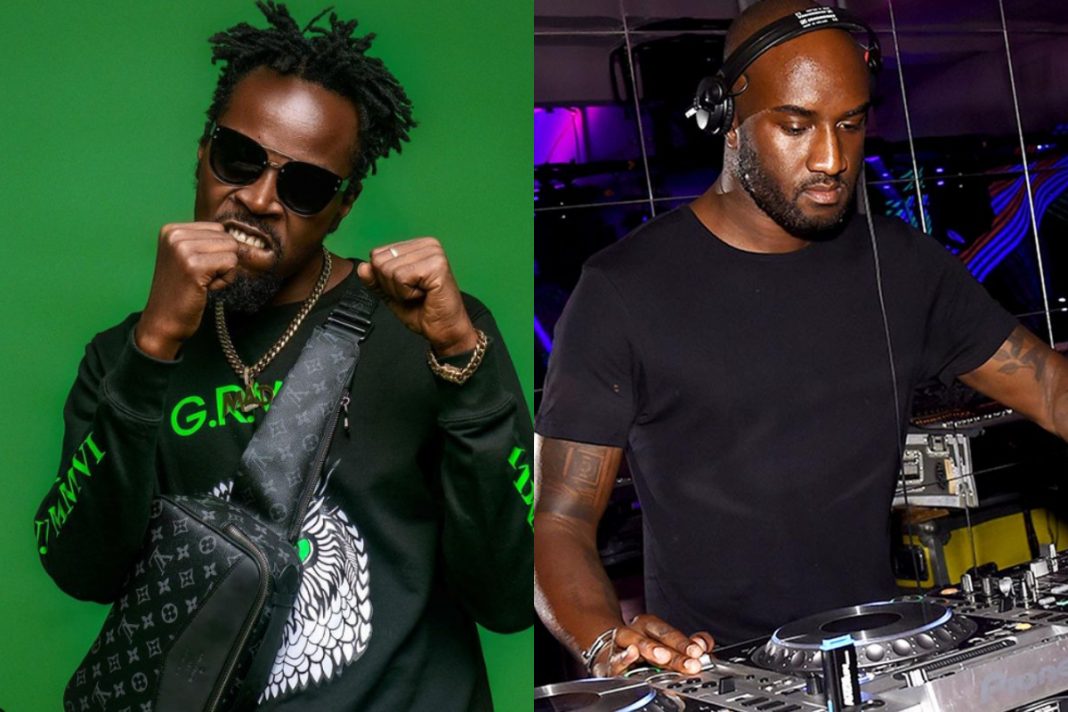 Ghanaian rapper, Emmanuel Kofi Botwe, affectionately known as Kwaw Kese was slammed by a fan on Twitter after he took to the platform to pay tribute to the late American designer, Virgil Abloh.

READ ALSO: “I’m Not The Best, I’m The One”-Sarkodie Says In A Braggadocious Statement

The death of the American-trained architect was announced on November 28th, 2021, after he had been battling cancer for several years.

The announcement was first published on Luis Vuitton’s official Twitter page and Virgil Abloh’s Instagram page. The American designer was believed to have died following a long battle with cardiac angiosarcoma, a rare and deadly form of cancer.

In reaction to that, Kwaw Kese took to the microblogging platform, Twitter to pay his tribute to the late designer but a fan on the platform took a swipe at him, inquiring if he knew who Virgil Abloh was.

Kwaw Kese who wanted to play nice with the fan refused to utter any violent words against him but rather asked him to ask the late Virgil Abloh if he knew him personally before he died.

According to the singer, he has already initiated a project and reached out to the Grammy Awards’ board of directors to learn about the requirements in getting nominated in the award scheme as a Gospel artist.

Speaking in an interview with KMJ on Hitz FM’s Daybreak Hitz, MOG revealed that he is currently working towards securing a nomination in the Grammy Awards, and probably, he might be the first Ghanaian gospel act to win that award for Ghana.