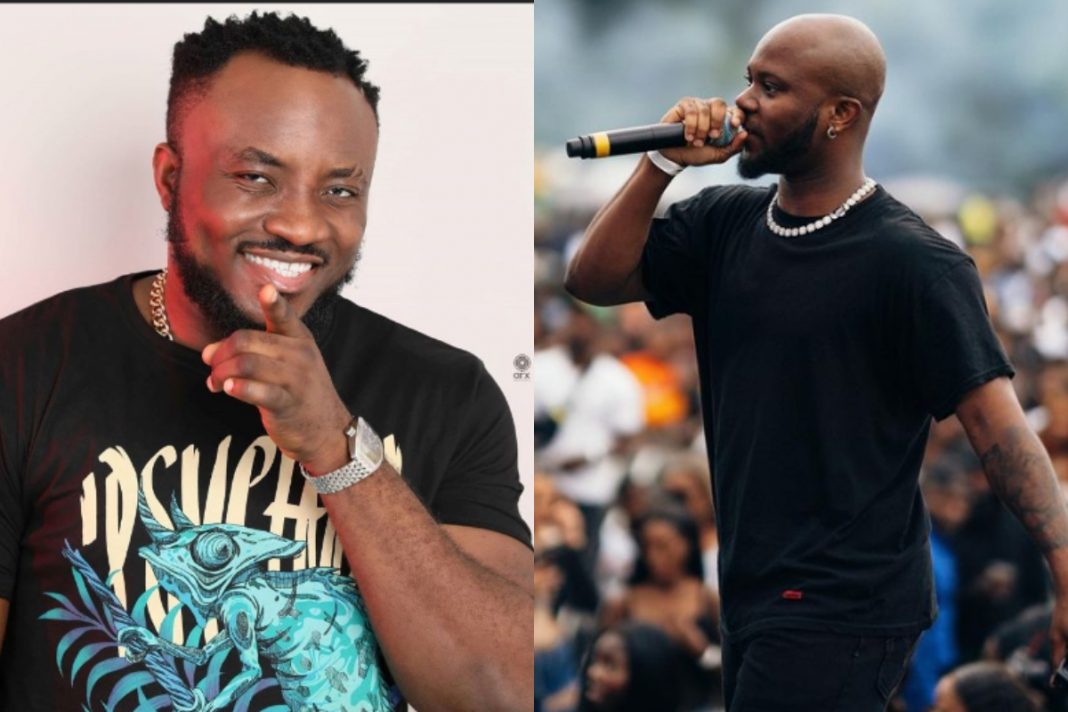 Ghanaian Highlife/Afrobeat singer, Gregory Bortey Newman, affectionately known as King Promise lighted up the O2 Arena with an electrifying performance during Wizkid’s “Made In Lagos” concert in London.

READ ALSO: “I Can’t Believe They Legalized Weed Before Making Me Legal”-Michael Blackson Says As He Celebrates His Birthday

The “Sisa” hitmaker is currently trending on Twitter for his outstanding appearance at the O2 Arena. Due to his personal affiliations with Wizkid, King Promise got the chance to be among the few African artists who have performed at the multi-purpose indoor arena.

Videos circulating on social media captured the moment the singer was introduced on stage by Wizkid has he made a remarkable appearance on stage.

DKB, a well-known Ghanaian comedian has taken to the microblogging platform, Twitter to shower praises on the singer for his intimate performance. He endorsed him as the President of the Ghana music industry for making an appearance on one of the most recognizable platforms in the world.

In other news, BET award-winning Ghanaian rapper. Michael Owusu Addo, affectionately known as Sarkodie has debunked numerous claims made on social media of being the best rapper in the scene, says he is the one.

The Tema-based king of rap has been identified as one of the most decorated rappers in the music scene in Africa. Undoubtedly one of the best worldwide, Sarkodie’s contributions to the Ghanaian Industry have earned him numerous accolades both locally and internationally.

In 2019, the “No Pressure” crooner was announced as the first winner of BET’s Best International Flow artist of the year. He is also regarded as one of the most influential proponents of the Azonto genre and dance, as well as one of Africa’s most successful rappers.