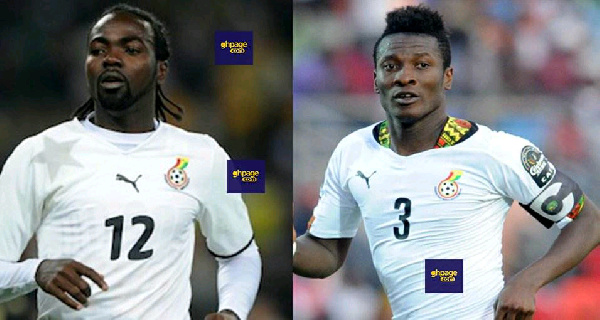 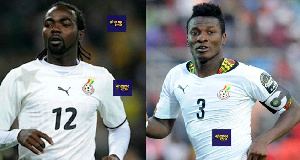 Michael Akuffu is now the captain of King Faisal

Former Asante Kotoko midfielder, Michael Akuffu has said that playing with former Black Stars duo Asamoah Gyan and Prince Tagoe was one of the best moments in his career.

Michael Akuffu played with both Asamoah Gyan and Prince Tagoe at the U-20 level between 2003 and 2004 and also at the Olympics Games in 2008.

Relieving his time with the national team, the King Faisal midfielder eulogized the talents of the two former stars even though Prince Tagoe played for Accra Hearts of Oak who are the rivals of Asante Kotoko.

“I enjoyed playing with Asamoah Gyan and Prince Tagoe. They are my seniors and I learned a lot from them despite being a defensive midfielder,” he said as reported by Sportsworldghana.com.

“Asamoah Gyan will always encourage you when playing. His confidence level was so strong. I enjoyed playing with them. Prince Tagoe is also an experienced player and I still use to talk to him. They are well-known players which you can’t leave behind,” he added.