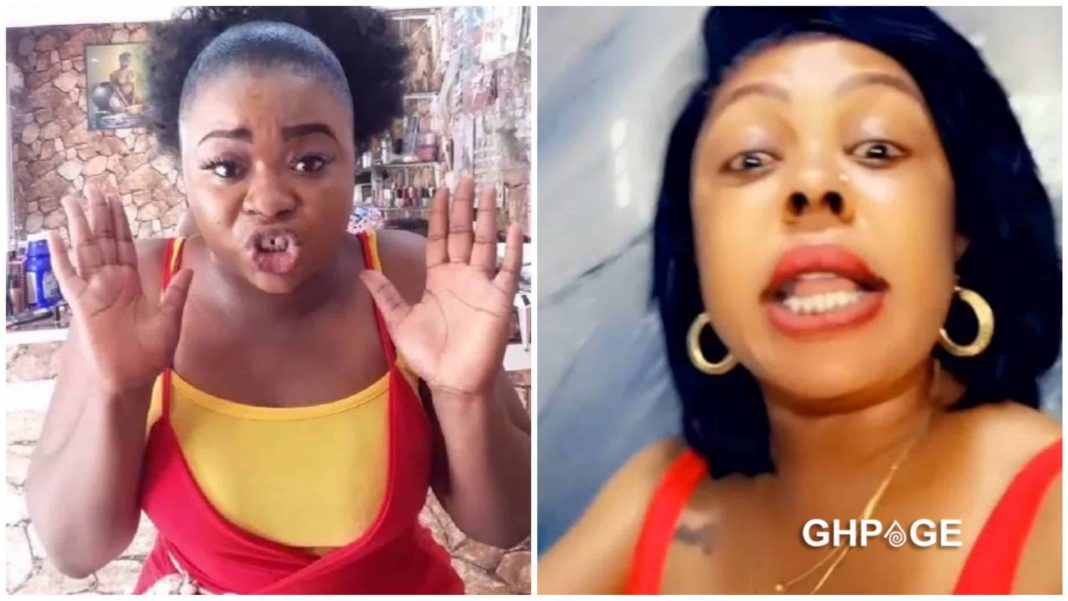 Adu Safowaah has finally replied to the petty and indirect insults Afia Schwar pelted at her during her most recent interview with Abeiku Santana on UTV’s Atuu program.

During the interview, Afia Schwar bragged that she was about to sue the sorry a$$ of Adu Sarfowaah after she lied on her name that she was the one who sent someone to record her in the police cells some months ago but her family intervened.

READ ALSO: Sarkodie brags about being better than Manifest, Kwesi Arthur and all the other rappers

Adu Safowah has swiftly dropped a rebuttal on her Instagram page to negate Afia Schwar’s claims.

In the post, the loudmouth actress who is obviously pained by Afia Schwar’s gruesome insults has also accused her of living with HIV/AIDS.

According to Adu Safowaah, her royal family would never sink to the level of begging someone who sleeps with animals.

She further accused Afia Schwar of forcing her house-help to finger her following other disgusting secrets.

This is not the first time Adu Safowaah has gone raw on Afia Schwar, it can be recalled that during the peak of their beef, she wildly alleged that Afia injured knee is due to having her clitoris bitten off by a dog.