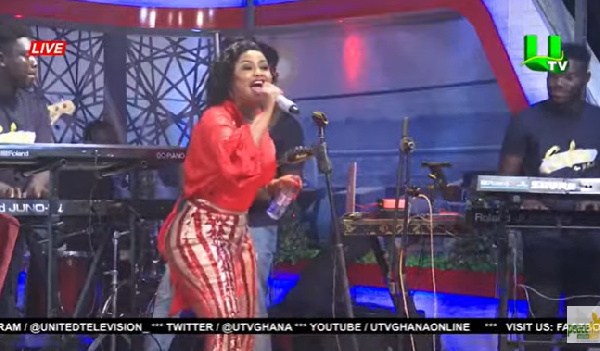 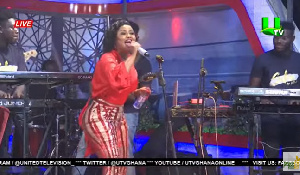 Actress, businesswoman, presenter, brand ambassador Nana Ama McBrown is surely a character with many parts and she delivers on each as and when.

Of course, perhaps her best role is being the mother to Baby Maxine, her daughter who is clearly the apple of her eye.

Singing it turns out is another forte of the actress and she has consistently shown it with LIVE band performances on her popular weekend entertainment review show, United .

On this week’s edition, Nana Ama was in her element – for all it is worth, delivering back-to-back hit songs of dancehall artiste Samini for close to 10 straight minutes.

This was with the full force of the band during the November 27, 2021 edition of United , so much was her energy, some viewers believed Samini was billed to appear on the show. That was not to be.

The particular edition ‘scrapped’ all the usual hosts form Bullgod to A Plus and Arnold Asamoah-Baidoo as she hosted musicians Sister Afia, Fameye, Sefa and two another artiste.