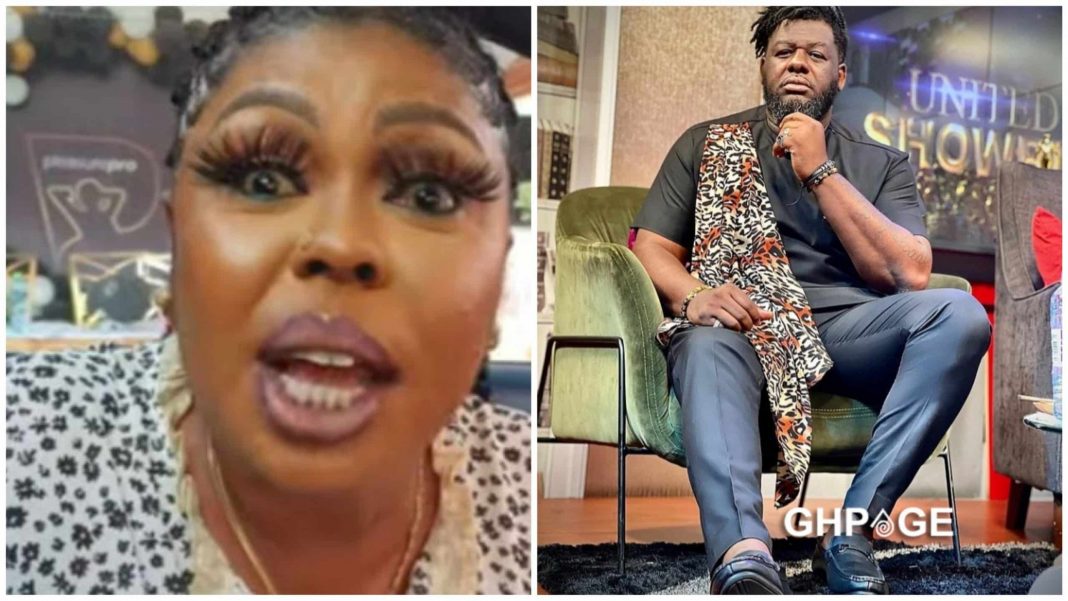 According to Afia Schwar who has a long standing beef with the music manager and entertainment show pundit, Bulldog’s brutish lifestyle has been embedded in his skull hence his new name “Bull God” doesn’t fit him.

Speaking in an interview with Abeiku Santana on UTV’s Atuu program, the self styled queen of Ghana comedy subjected Bulldog to sustained razzing as she described him as a dog even after his name change.

Convincingly, Bulldog who is also notorious when it comes to dealing with his attacker will reply Afia Schwar for hitting on him unprovoked.

Recall that Bulldog and Afia Schwar clashed in the studios of UTV some months ago over the Menzgold saga.

Ever since, they have never both seen and eye-to-eye.