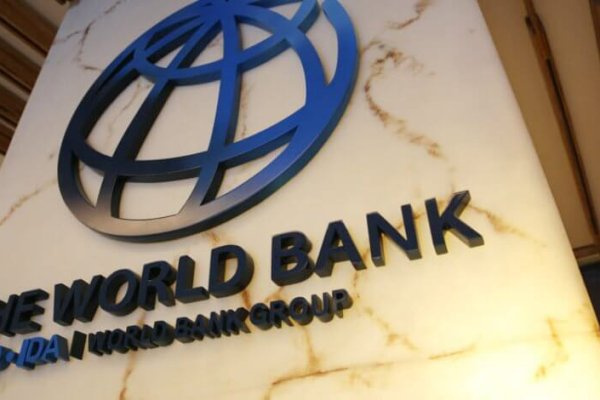 The World Bank has urged Ghana to accelerate economic transformation by creating more decent jobs for its growing youthful population to address the fast-paced unemployment challenge in the country.

The Bank noted that although the country had over the last two decades, become a rising star in Africa, nearly doubling its Gross Domestic Product (GDP) per capita and halving poverty rates, challenges of unemployment remained a major setback to economic growth.

By 2040, the country’s population (currently 30.8 million) is projected to rise to 45 million, with 58 percent of the population under 30 years.

This implies that around 10 million Ghanaians would enter the labour force between now and 2040.

The Ghana Living Standards Survey round seven (GLSS7) has also noted that the country’s unemployment rate for the population aged 15-35 years has reached 12.6 per cent.

Also, more than 70 per cent of current jobs are in the informal sector of the economy while over 65 per cent of formal jobs are categorised as “vulnerable employment [an employment, often characterised by inadequate earnings, low productivity and difficult conditions of work].”

Owing to this situation, the Bank, through its “Ghana rising: accelerating economic transformation and creating jobs” report, proposed a pathway for Ghana to accelerate economic growth through digital technologies and high-value services to drive the creation of more and higher quality jobs.

It said, the country needed to rapidly increase its Foreign Direct Investment (FDI – which stood at US$874.01 million at the first half of 2021), services exports, and access to physical and digital infrastructure.

The report also recommended that “Ghana should build on its potential in agribusiness and light manufacturing, as well as cultivating its high productivity export-oriented services sectors, notably IT enabled services.”

It urged the country to focus on driving sectoral, spatial and technological transformations through the creation of an enabling environment for growth by ensuring the macro framework and financial sector supported growth.

The report also recommended that investment be made in measures that would reduce exposure to climate risks in agriculture, improve resilience in infrastructure and resilience to natural disasters, prepare social safety nets, and plan for paths to decarbonisation.

In an interview with the Ghana News Agency (GNA) on the sidelines of the launch of the report, David Elmaleh, Senior Economist with the World Bank Ghana, said there was the need to improve the access and cost of finance to businesses.

Mr Elmaleh, one of the lead researchers for the Ghana Rising project, added that the Government needed to work to lower the fiscal deficit without hurting economic recovery, and increase revenue mobilisation particularly through environmental taxation.

Mr Pierre Laporte, the World Bank Country Director, added that it was important for the Government to provide good conditions for the private sector to access financing.

He also said there was the need for macroeconomic stability, as it would not only help lower interest rates, but also provide the confidence economic actors and investors needed to thrive.

Mr Ken Ofori-Atta, the Finance Minister, said the Government was committed to addressing the high youth unemployment rate by empowering the private sector to become a vital engine for job creation.

Among the interventions Is the implementation of the GHC100 billion Ghana COVID-19 Alleviation and Revitalisation of Enterprise Support (Ghana CARES) programme and the GHC10 billion YouStart entrepreneurship drive.

He said the establishment of the Development Bank Ghana (DBG) would also provide a strong and well-capitalised institution to ensure that the private sector’s access to medium and long-term credit to expand and employ more people was secured.

Mr Ofori-Atta lauded the World Bank for the report and the recommendations and asked it to support the YouStart initiative and other Government priority programmes to transform the economy and create employment.