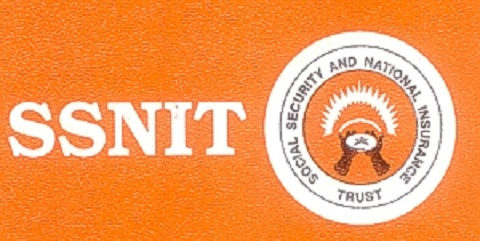 The Africa Centre for Retirement Research (ACRR) fears the Social Security and National Insurance Trust (SSNIT) may not be able to fully pay benefits of pensioners after 2037 if the latest actuarial valuation report is anything to go by.

The think tank asserted that the scheme is facing medium- to long-term sustainability danger.

Interacting with journalists on Wednesday, November 24, the Executive Director of ACRR, Abdallah Mashud, observed that if necessary steps are not taken, Ghana’s social security scheme will bend to its knees.

Mr Mashud cited how the 2014 actuarial valuation exercise pegged a depletion of SSNIT’s resources by 2042.

“Three years later, that is, the subsequent valuation in 2017, however, predicts that the reserves [will] deplete in 2037, five years earlier,” he told journalists.

“What this means is that if Parliament, policymakers and stakeholders do not undertake the necessary steps to address the imbalance in the social security finances through parametric and legislative reforms, the Trust funds are unable to pay full scheduled benefits on timely basis in 2037.”

Suggestions have been made for the retirement age to be increased from 60 years to 62 years, especially by 2037.

“ACRR is, however, of the opinion that, considering the SSNIT pensioners’ post-retirement mortality pattern, increasing retirement age by two years will result in more members dying in service, instead of in pension,” he said.

He called on government to rather pay up its indebtedness to SSNIT.

“Government indebtedness to the Trust continues to hurt the schemes compliance rates and scheme’s long-term sustainability.

“Delays in the payment of due contributions by government has been cited in the actuarial valuation reports as hampering the scheme’s level of investible funds.”

He fears the next actuarial valuation report may even pose threatening outcomes to pensioners and Ghanaian workers in general as a result of the effect of the Covid-19 pandemic.

“The next actuarial valuation report will be based on data for the period January 2018 to December 2020. Firstly, considering the economic impact of the Covid-19 pandemic on the financial markets, the Trust may as well report another fiscal year loss on its investments.

“Secondly, the rate of growth of the pensioner population continues to outstrip the corresponding growth rate of contributors. Evidently, the number of workers contributing to support a pensioner dropped further from 9 contributors per pensioner in 2013 to 7 in 2020.

“Therefore, based on income-expenditure dynamics among other considerations for the period 2018 to 2020 and its expected impact on reserves, the depletion date for the next valuation may come earlier than 2037.”