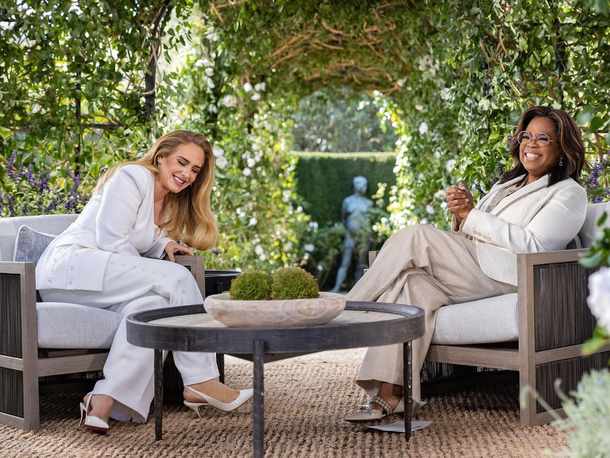 This week South Africans finally watched the Adele One Night Only concert which took place at the Griffith Observatory in Los Angeles.

The British singer who recently released her fourth studio album 30, performed some of her mega hits as well as a few songs from her new album.

Everything about the concert was simply spectacular.

From the awe inspiring setting to her figure-hugging black Schiaparelli mermaid gown, one couldn’t fault the Easy On Me singer’s show.

The very special and intimate concert was pre-recorded in front of a star-studded audience.

Between the magical moments of her stage performances we saw snippets of her interview with talk show legend Oprah Winfrey.

The interview was set up in the famous rose garden which we got to know so well from her interview with Meghan and Harry.

While the singer wore all black on stage, she opted for an all white look for the sit-down interview.

She wore a Christopher John Rogers white power suit, inspired by a Resort 2022, look by the designer.

The suit, which was originally a skirt suit, was customised for the 15-time Grammy winner singer.

The designer is known to dress other celebrities such as Zendaya, Tracee Ellis Ross and Michelle Obama.

She also had on an ivory camisole underneath the blazer and a pair of white patent Christian Louboutin Claire 80 slingback pumps.

Her suit appeared in white with a double-faced Italian wool crepe, adorned with Swarovski crystal buttons.

She completed the all-white look with a pair of large teardrop-shaped pendant earrings.