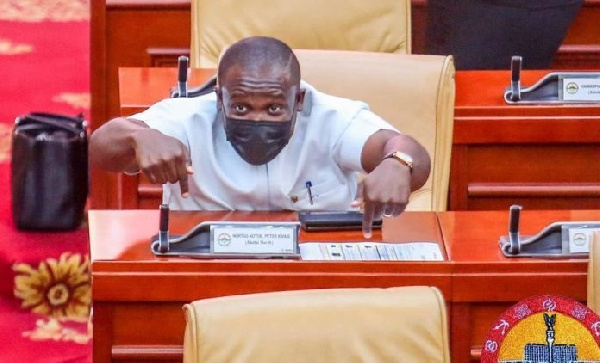 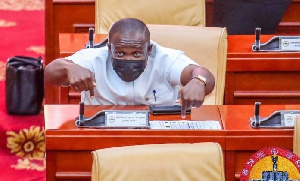 Majority stages a walkout in parliament

Member of Parliament for Ningo Prampram, Sam Nartey George, has taken to social media to taunt the majority’s decision to walk out of the chamber when parliament was in session and readying itself to vote on the 2022 budget statement presented on Wednesday, November 17, 2021.

In a tweet, the lawmaker suggested that the majority could organize a series of press conferences to make their position known on the rejection of the 2022 budget but the minority side will be in chamber to do the business of the house.

“You can call a 1000 press conferences and do all the tough posturing. When you finish, we are waiting for you in the Chamber. Enjoy your weekend. Cheers,” he said.

The Majority staged a walkout over a disagreement with the Speaker’s directive to have all non-MPs leave the chamber.

Earlier, Parliament through a voice vote rejected the finance minister’s request to have an engagement with the leadership of parliament over the 2022 budget.

The deputy majority leader, Alexander Afenyo-Markin, challenged the speaker’s ruling calling for a vote on “division”.

The speaker, Alban Bagbin, consequently directed that all non-MPs vacate the chamber per the standing orders of parliament.

Majority MPs while vacating the chamber protested that the National Democratic Congress (NDC) chief scribe Johnson Asiedu Nketia, who was seated in the public gallery, should as well vacate the chamber.

Johnson Asiedu Nketia ignored the calls and continued to sit unbothered about the chaos that was going on.

This rather infuriated the majority MPs who walked out of parliament leaving behind the minority MPs.

Parliament continued its sitting and rejected the 2022 budget after the speaker returned from a brief suspension of the sitting.

The majority through its leader, Osei Kyei Mensah-Bonsu, later held press conference denouncing the rejection of the budget.

They stated that it does not stand and will have no effect.

You can call a 1000 press conferences and do all the tough posturing. When you finish, we are waiting for you in the Chamber.