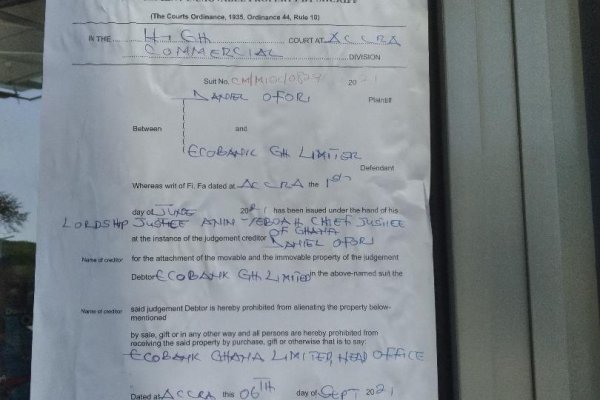 Accra, Nov.26, GNA – An Accra based Investor on Friday caused the head office building of Ecobank Ghana to be attached for execution in satisfaction of a judgement debt. 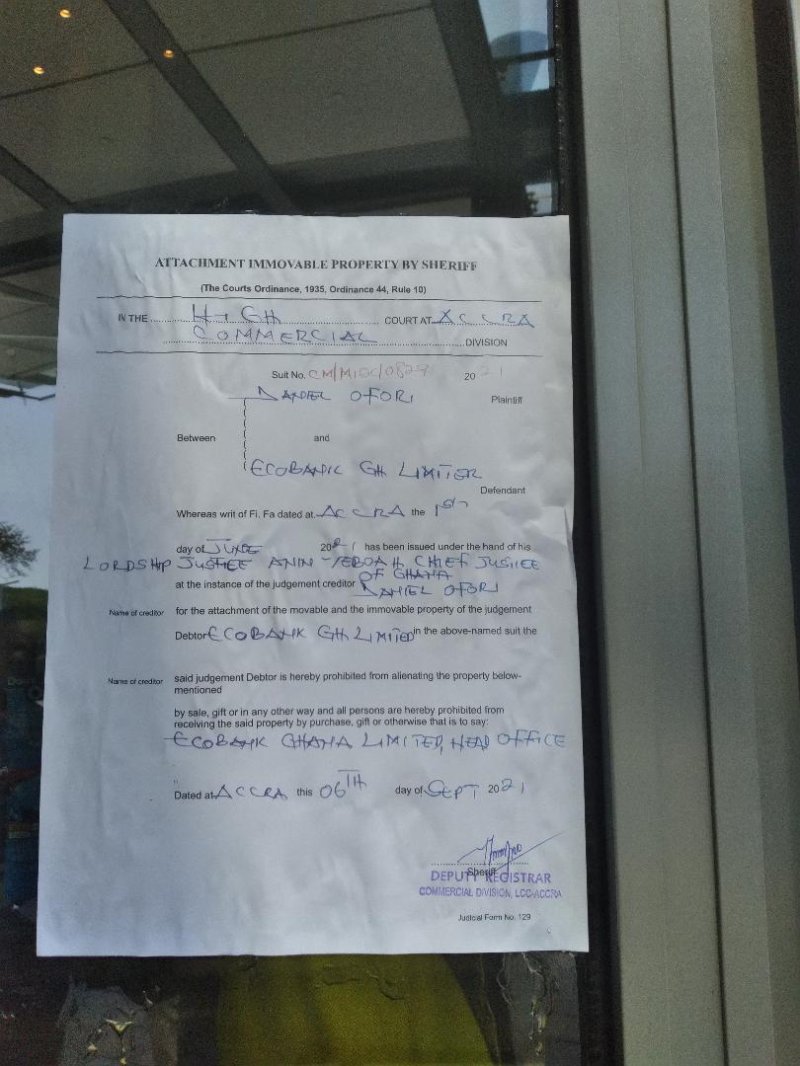 Mr Daniel Ofori attached the head office building via writ of Fieri Facias (Fi-Fa) issued from the High Court (Commercial Division), Accra, which was subsequently pasted on the Head Office premises of Ecobank Ghana on Friday.

Fi-Fa is a writ of execution after a party had obtained judgment in a legal action to recover debt or damages.

This process was based on orders of the Supreme Court on June 1, 2021, that the amount “which has been admitted in an affidavit of the Head of Legal Department of the Ecobank Ghana” should be reflected in the entry of judgment of Mr Ofori, while an outstanding amount which was being contested in a dispute in court should go ahead.

The Court had earlier struck out an application for a stay of execution by Ecobank Ghana, whiles the execution can only be levied on the admitted sum of GH¢96, 304,972.41 by Daniel Ofori.”

The Court on July 25, 2018, ruled in favour of Mr Ofori, reversing the earlier decisions of the Court of Appeal and the High Court which favoured the Bank.

The Supreme Court, on June 17, 2020, reaffirmed its decision with a clarification in respect of the calculation of interest on the amounts payable to the investor.