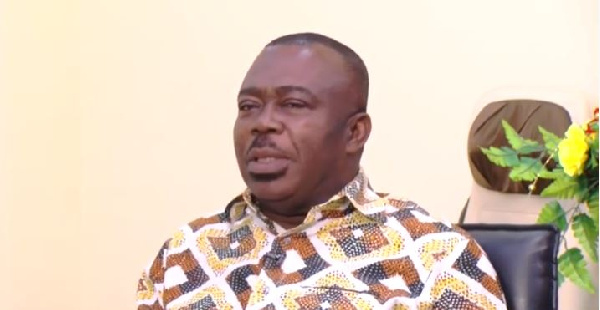 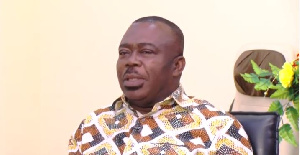 Information available to Kasapafmonline.com indicates that the immediate-past Director-General of the State Interests and Governance Authority (SIGA), Stephen Asamoah-Boateng had no option than to leave office before 17th December 2021.

News of Mr. Asamoah Boateng’s resignation dominated the media space on November 22, 2021, as it was reported he quit to enable him to focus on his campaign to be elected the National Chairman of the governing New Patriotic Party (NPP).

He was applauded by many political watchers, while other political appointees who have an interest in contesting for party political position were urged to learn from Mr Asamoah Boateng’s shining example.

However, documents available to this portal shows that President Akufo Addo through a letter issued by the Chief of Staff, Frema Osei Opare to Mr Asamoah Boateng stated clearly that the latter would not have any further extension of his contract after the 17th December 2021 because SIGA will be undergoing reorganization.

President Akufo-Addo has appointed Ambassador Edward Boateng as the new Director-General of SIGA and his appointment is to take effect on 18th December, 2021.

Asabee as he’s popularly called had had his contract earlier extended for a period of three months from June to September 2021.

Mr Asamoah Boateng announced his interest in running for the position of national chairman of the New Patriotic Party (NPP) in September 2021.

Political pundits say the experienced politician is no doubt a very formidable candidate to win the National Chairmanship position. 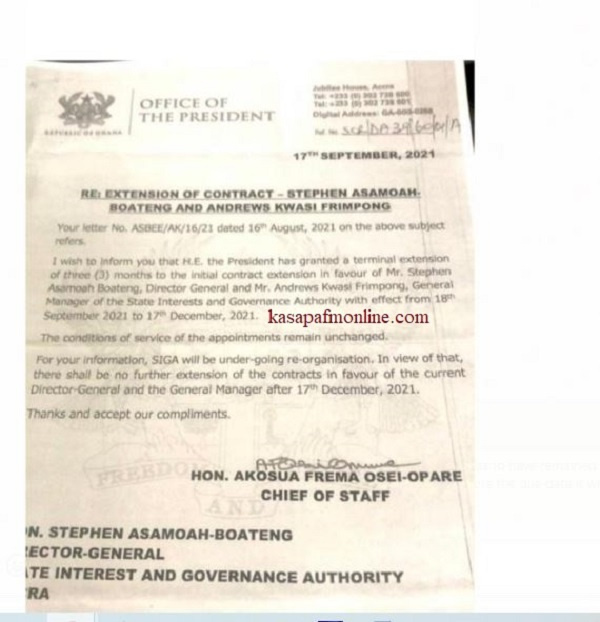 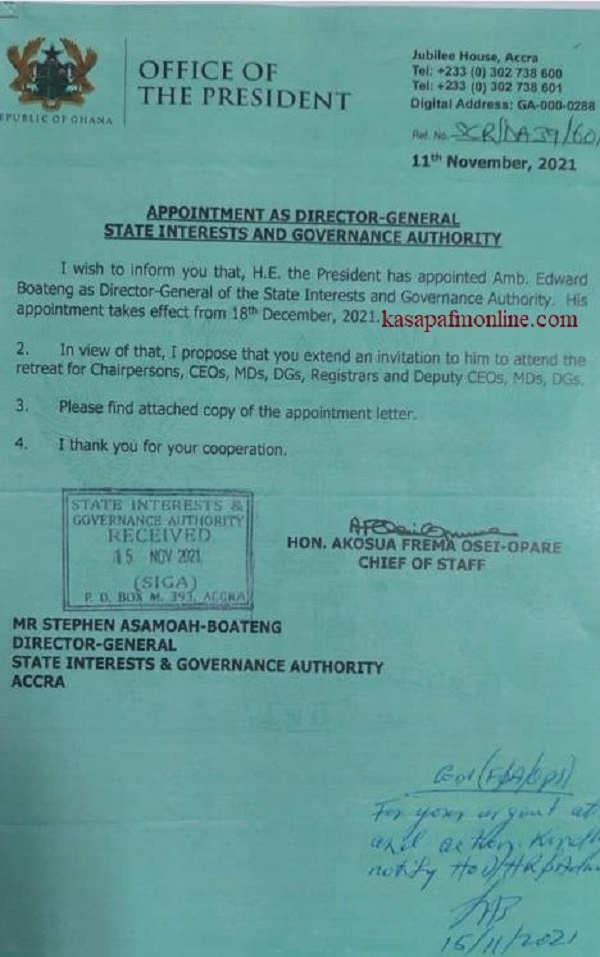 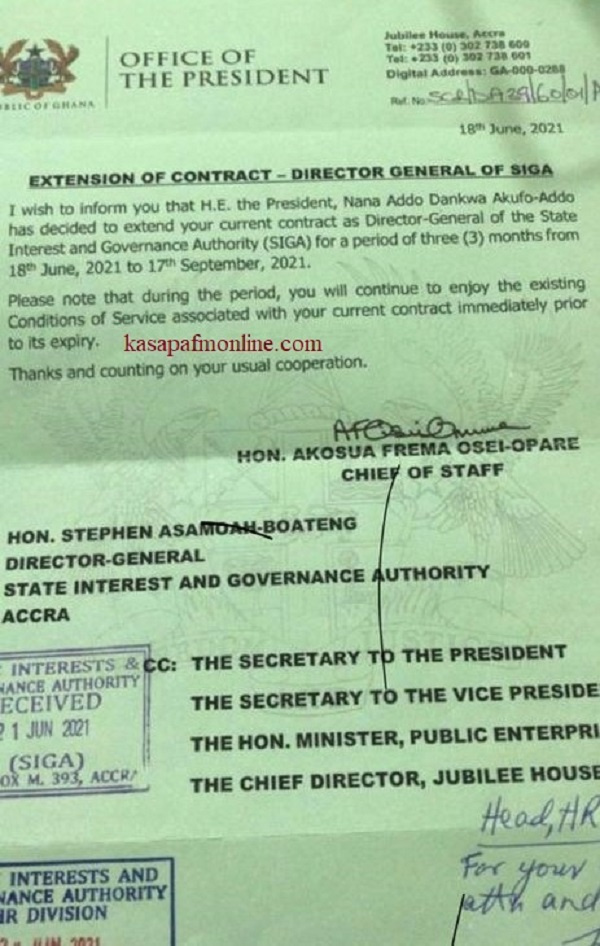