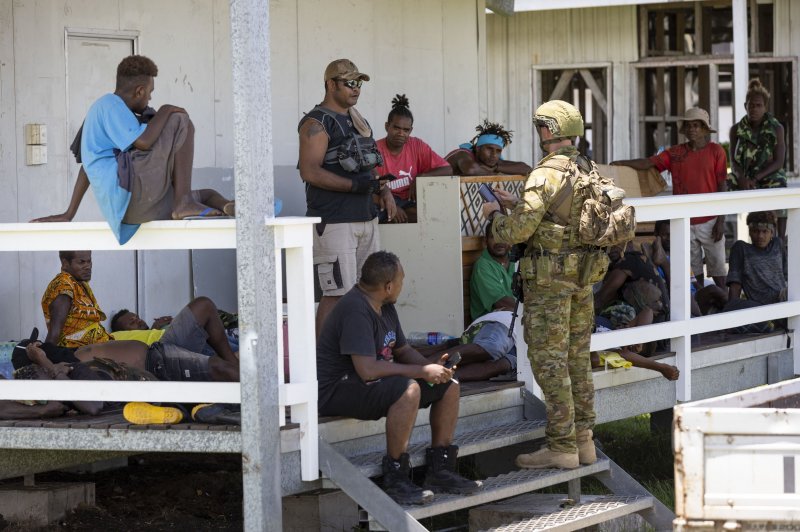 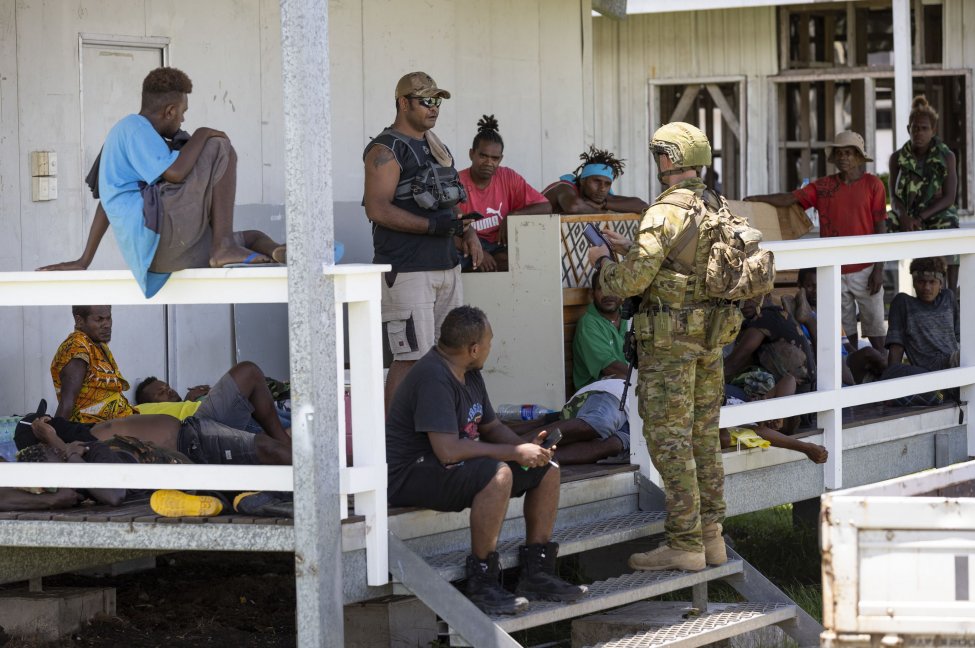 The charred bodies were found in a store in the Chinatown district of Honiara, police told the the Guardian and the Australian Broadcasting Corp.

A witness said the corpses were found Friday night. Authorities have started an investigation.

The Royal Solomon Island Police Force imposed a curfew on the capital city overnight after a third day of rioting which has seen many buildings in the Pacific nation’s capital destroyed by fire.

The disturbances included an attack on Prime Minister Manasseh Sogavare’s home as swaths of the city were reduced to smoldering ruins, witnesses said.

Protesters demanding Sogavare’s resignation have fought with police in the capital, prompting deployment of Australian soldiers and police to help maintain security.

Sogavare had called for assistance from Australia under a 2017 bilateral security agreement.

Analysts said the unrest stems from the government’s recent diplomatic recognition of mainland China instead of Taiwan, which has triggered disputes between the Solomon Islands’ national government and Malaita province, which has refused to recognize China.

Chronic unemployment exacerbated by the COVID-19 pandemic has also been partly to blame for the violent protests, analysts say.

Police have arrested more than 100 suspects over the protest, rioting and looting in the city.

“Please stop the looting and burning of infrastructures,” Commissioner of Police Mostyn Mangau said in a statement Saturday. “Let me reiterate my call to those involved in those illegal activities to stop. These commercial infrastructures are beating heart for the revenue of this country and that is where the benefits drift to service all our domestic services, even our wages and daily consumptions.”

“I must make it very clear here that no one is above the law,” Mangau also warned in his statement. “We are expected to live and make decisions within the principles of the rule of law regardless of our positions in our society. I therefore forewarned that if anybody is found in breach of such illegal activities, police will not hesitate to arrest and deal with him/her.”