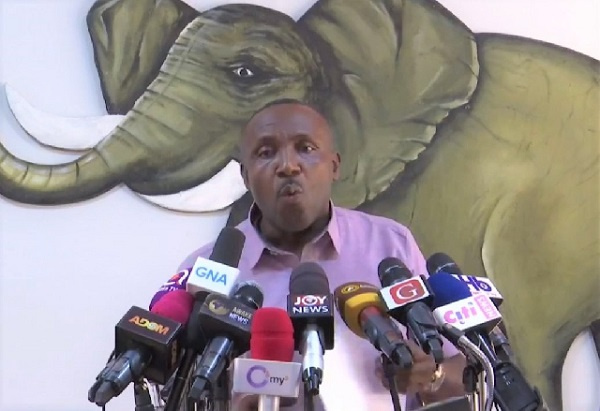 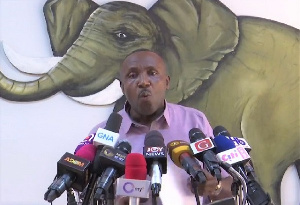 John Boadu is General Secretary of the NPP

General Secretary of the NPP, John Boadu says the 2022 Budget holds a prosperous future for local industries particularly the Extractive and Textile Sectors of the economy.

According to him, the 32 selected local produce for the benchmark value reduction will enhance production, reduce cost of production and also meet market demands.

Mr Boadu said the reduction in the 3% withholding tax to 1.5% will not only rake in more to honour their tax obligations but also motivate business entities to contribute to national development.

The NPP General Secretary was interacting with journalists in Kumasi.

He used the occasion to sensitize the media on the significance of the 2022 Budget and also asked journalists to help educate Ghanaians on the need to embrace it as the government embarks on a very difficult decision to raise the needed resources to develop the country from within.

“Apart from the government widening the tax net, many of the leakages have also been blocked,” according to Mr. Boadu.

On the E-levy Tax, he debunked views that the poor will end up being over taxed on their mobile money transactions.

”Rather, only the sender pays tax on money transactions that is above one hundred Ghana cedis a day,” Mr. Boadu noted.

He said the collection of Tolls were removed from operation as a mitigating factor to help check the overburdening of ordinary Ghanaians, with regard to multiple and higher taxation.