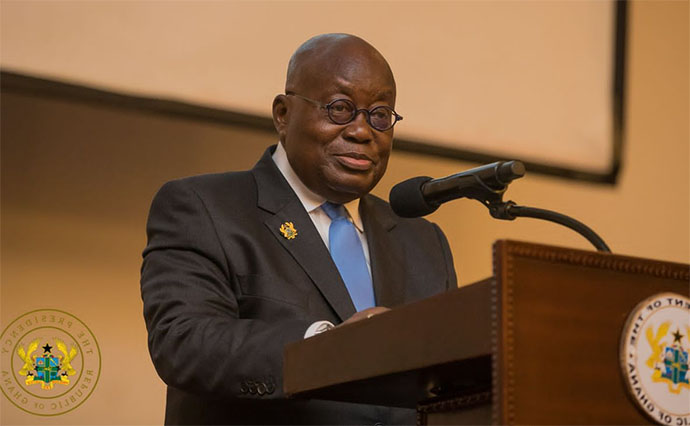 President Nana Addo Dankwa Akufo-Addo, has urged the business community from Norway to take advantage of the business-friendly climate currently existing in Ghana, and invest in the country.

According to President Akufo-Addo, “We will continue to create and maintain the conducive investment environment that not only guarantees the safety of investments, but good returns as well. We will continue to protect legitimate investments, and preserve the atmosphere of peace, stability and security that has been an important contributor to the increasing presence of Norwegian businesses in Ghana.”

Speaking at the Ghana-Norway Business Forum, held on Friday, 26th November 2021, at the Kempinski Hotel, the President stated his government has, over the last four (4) years, done a lot of work in correcting the fundamentals of the economy which were all pointing in the wrong direction when he took office in 2017. 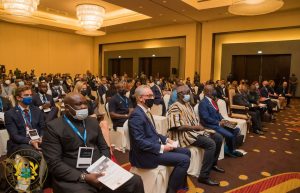 “We have, over the period, put in place measures needed to reduce the cost of doing business, improve the business environment, and made the Ghanaian economy not only one of the most business-friendly economies in Africa, but also one of the fastest growing economies in the world between 2017 and 2020, averaging annual GDP growth rates of 7% for those years, up from the 3.4% GDP growth rate we inherited from the previous government in 2016,” he said.

With COVID-19 wreaking havoc on economies the world over, President Akufo-Addo reassured that Government is “working to grow the economy at a much faster rate this year, which will enhance the prospects of a win-win environment for both private sector and country; an environment where companies do not just survive, but actually thrive.”

The major programme driving the revival and revitalization of the Ghanaian economy, he said, is the one hundred-billion-cedi (GH¢100 billion) Ghana CARES ‘Obaatampa’ Programme, whose main elements include supporting commercial farming and attracting educated youth into commercial farming; building the country’s light manufacturing sector; developing engineering/machine tools and ICT/digital economy industries; amongst others.

“It continues to be an exciting time to be in Ghana, and to do business in the country. Already, global car manufacturing giants, Toyota and Nissan of Japan, Sinotruk of China, have established assembly plants in the country, as first steps towards the production of vehicles in Ghana,” he said. 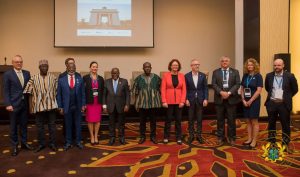 President Akufo-Addo continued, “Twitter is establishing its African Headquarters in Ghana, and Google’s first African Artificial Intelligence Centre is located in Ghana. We are privileged to play host to the Secretariat of the African Continental Free Trade Area, which represents, currently, a market of some 1.2 billion people, spread over fifty-four (54) countries, with a combined GDP of $3 trillion. Trading in the emerging single market began on 1st January this year”.

With Ghana witnessing a significant rise in interest from Norwegian investors, in several sectors of the economy, including agriculture, building and construction, general trading, manufacturing, oil and gas, and tourism, President Akufo-Addo commended some of his government’s flagship policies to them. 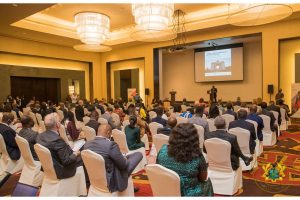 “Government is also embarking on an aggressive public private partnership programme to attract investment in the development of both our road and railway infrastructure. We are hopeful that, with solid private sector participation, we can develop a modern railway network with strong production centre linkages and with the potential to connect us to our neighbours,” he said.