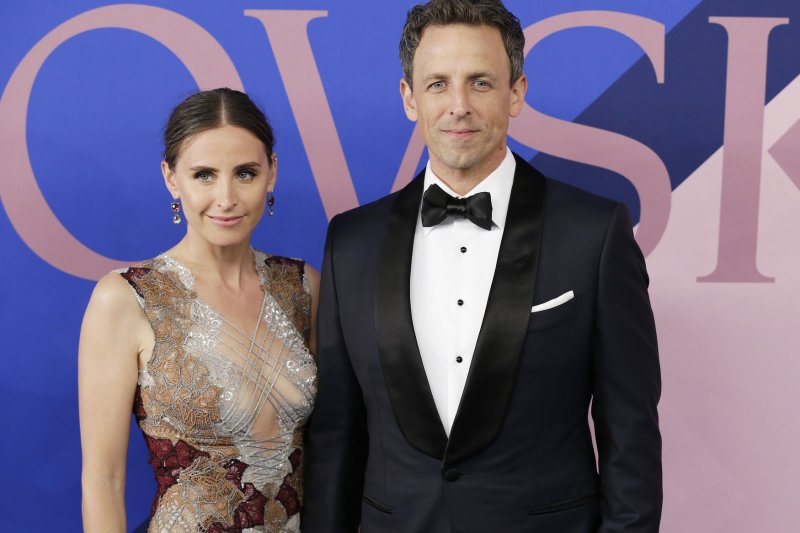 Nov. 26 (UPI) — Seth Meyers announced on Friday’s edition of Late Night that he and his lawyer wife, Alexi, have welcomed a baby girl.

Meyers welcomed his own family as guests on the the program and they discussed Thanksgiving traditions and for what they are grateful.

He also showed a video of his pre-school-age sons Axel and Ashe dressed as turkeys, running around their home and yelling, “Gobble, gobble,” and “Happy Thanksgiving!”

At the end of the video, they sat on a couch and pull down a turkey decoration to reveal a baby girl, staged to look like a cooked turkey. They both kiss her on the cheeks.

“We had another one, you guys!” Meyers told the audience. “Ten weeks ago, my wife gave birth to a baby girl.”

Meyers and his wife — who have been married since 2013 — named their youngest child Adelaide after the comedian’s maternal grandmother.