SDK’s mother is strong even after her husband’s death 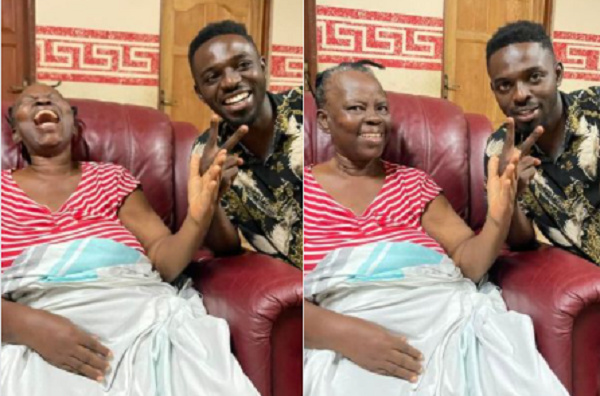 Mother of SDK and Comedian Warris

Comedian and content creator, SDK Dele, on November 24, 2021, announced the death of his father who played a key role in the start of his career.

Breaking the sad news to followers on Twitter, the skit producer and content creator wrote: “Lost my dad today, rest in peace my oldgee.”

Following the demise of his father who he mostly referred to as ‘oldgee’, several industry players, as well as Ghanaian comedians, have sent in their message of condolence to the family.

Comedian Warris in a post sighted by GhanaWeb disclosed that SDK’s mother is in good condition at the time of his visit to the bereaved family.

She couldn’t help but laugh at the jokes made by Warris in an attempt to cheer her up.

Before her husband’s death, the couple starred in most of their son’s skits which brought joy to viewers through their rib-cracking comedy.

Comic actor, Warris in a Facebook post wrote: “We paid a visit to @sdkdele and his mum, she is gentle and anytime I talk funny she goes Gaga even in these hard times, I pray for strength for her as we support their family with all our might and strength… indeed the husband is a legend I know he is happy where ever he is.” 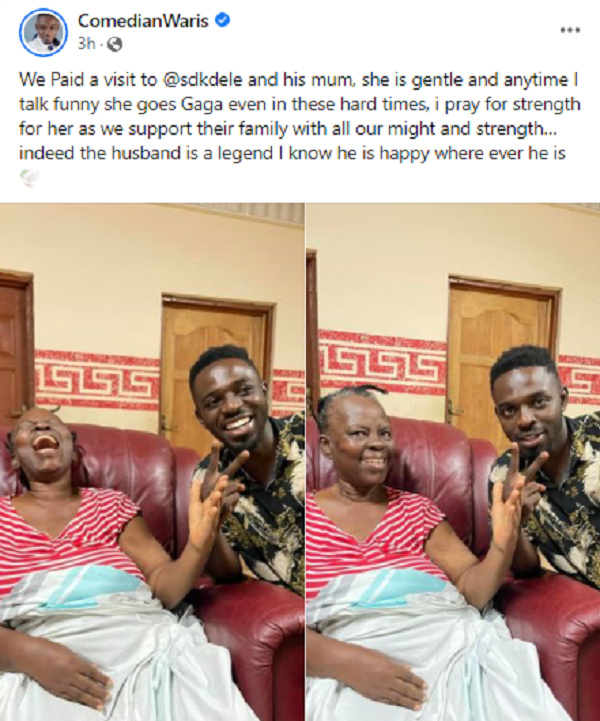 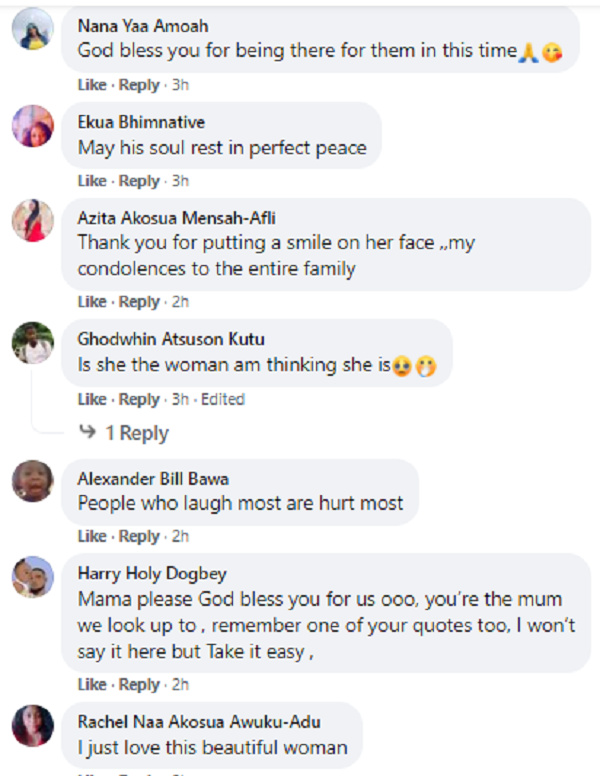