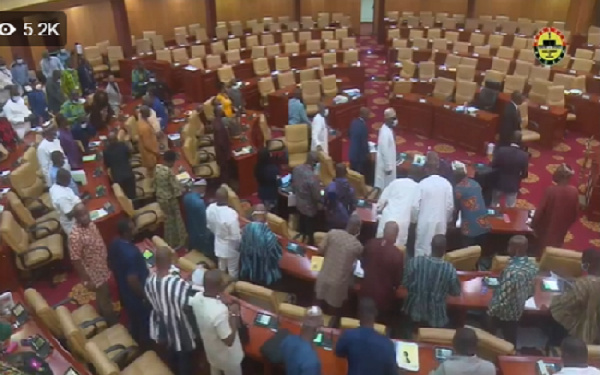 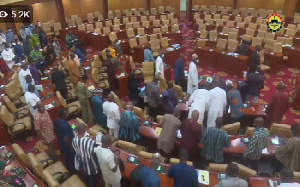 Parliament has rejected a motion that sought the approval of the 2022 Budget as presented by the Finance Minister, Ken Ofori-Atta.

All 137 Minority Members of Parliament voted against the motion when the question was put by Speaker Alban Bagbin.

The Majority had earlier walked out of the house after a disagreement with the Speaker on an issue.

The House had earlier voted to dismiss a motion by the Finance Minister seeking to withhold vote on the Budget to allow for more discussions with stakeholders.

Sitting has subsequently been adjourned till Tuesday at 10 am in the forenoon.

In putting the matter of the budget approval to a vote, Speaker Bagbin said: “We will proceed to put the question on the motion.

“The question is, those in favour of the motion numbered 11 on the Order Paper, which states and I read: ‘That this Honourable House approves the Budget Statement and Economic Policy of the Government for the Year Ending December 2022.’

“Those in favour of the motion say “I,” [dead silence]. Those against the motion say “no” [Loud No follows]. Honourable Members, clearly the “Nos” have it, it is accordingly lost,” he ruled.