‘No regrets just lessons for growth’ 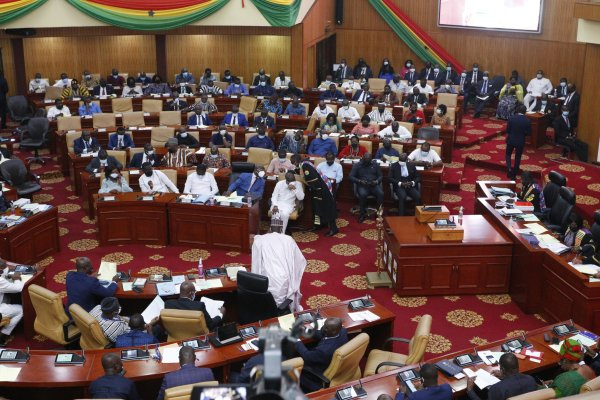 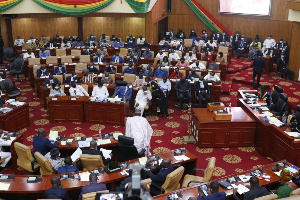 The The Minority in Parliament has cast doubts over the credibility of revenue projections made in the 2022 budget, questioning the ability of the government to meet its GH₵100.5 billion targets of which GH₵80 billion will be from taxes.

Speaking on the floor of Parliament to debate the 2022 Budget Statement and Economic Policy, the Member of Parliament (MP) for Ajumako Enyan Esiam Constituency, Mr Cassiel Ato Forson said the projections which showed a 45 per cent increase in tax revenue from the previous year was unprecedented and unrealistic.

“In nominal terms, the government is seeking to raise GH₵25 billion additional revenue in taxes,” he said.

He warned against the practice of over projecting revenue as that could deteriorate the public debt situation while fiscal deficit projected to become 12.1 percent by the year, the ending could reach 13 percent.

“In fact, I project that we will end the year 2021 with a public debt of GH₵355 billion Ghana Cedis, representing 81 percent of our GDP. The highest since HIPC,” he said.

Mr Ato Forson said if the current projections were not corrected in the budget, the woes of the Ghanaian economy would be “sick from what we call stagflation with acute debt overhang syndrome.”

He explained that the state of the economy would show a slow real sector growth and high unemployment, posing a security threat and high inflation that is pushed by rising fuel prices and the high cost of food.

The debt overhang situation is reflected in 2021 where GH₵34.4 billion was used to service debt, representing 93 percent of revenue generated.

According to the budget, GH₵37.1 billion was collected as revenue with GH₵25.3 billion used to pay interest on loans and GH₵9 billion for amortisation within the nine months from January to September.

He further raised concern over how the government intended to meet its GH₵55 billion revenue target for 2021 by indicating that the trajectory of revenue generation showed that about GH12.3 billion was averagely raised quarterly for this year.

The ability of the government, therefore, to raise GH₵18 billion to meet targets for 2021, he said was unrealistic as that would require raising more than 50 percent of revenues generated quarterly.

“I am aware there are seasonality and revenues perform better at the end of every year but the evidence before us suggests that revenue increase by about 20 percent so how come you are projecting that revenue will increase by 50 percent,” he added.

The MP for Damongo, Samuel Abu Jinapor, Minister for Lands and Natural Resources, noted that the content of the budget, including its tax projections, must be debated within the context of the current situation around the globe due to the COVID-19 pandemic.

He said the economy was recovering based on the Bank of Ghana composite index economic activity data released on Monday, which showed an annual growth rate as of September 2021 of 11.2 percent compared to 10.8 percent in 2020 and 4.2 percent in 2019.

Despite all hardship experienced in the country as a result of the pandemic, the GDP growth rate stands at 3.5 percent compared to 3.4 percent of 2016-the highest of the previous government, he said.