Majority stages walkout due to presence of Asiedu Nketia in parliament 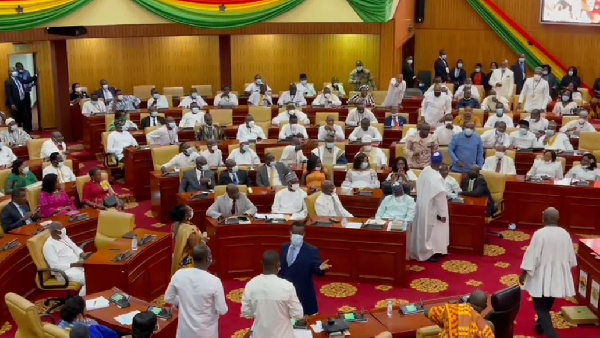 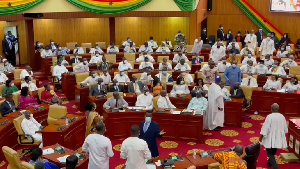 Members of the Majority in Parliament have staged a walkout.

This is due to the presence of the General Secretary of the National Democratic Congress, Asiedu Nketia, in the lobby of the House.

According to reports from GhanaWeb’s correspondent in parliament, this has been necessitated ahead of the vote on the 2022 Budget Statement and Economic Policy.

Earlier, the Speaker of Parliament, Alban Bagbin, had instructed that all those not eligible to vote on the budget (including ministers who are not MPs), to walk out of the House.

It must be noted that the NDC General Secretary is also a Member of the Parliamentary Service Board.