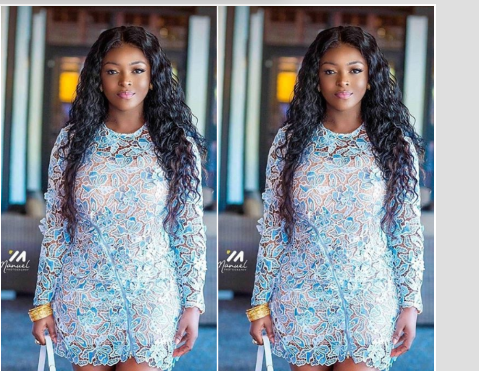 Actress Yvonne Okoro and her friend Lucy Lawson have confused us with the age of the actress as the latter claims she’s 40yrs but Yvonne has claimed to be 37yrs and that has got us confused.

Yesterday was the birthday of Yvonne Okoro and celebrating herself on the gram she claimed to be 37yrs old and still counting thank God for his mercies wishing herself a happy birthday with a lovely photo of herself.

Her friend Lucy Lawson on the other hand claimed Yvonne Okoro turned 40yrs yesterday as she prays for long life and good health for her. She even classified her as her sister from another father which means they’ve been very good friends and for a while to call her that.

This has raised questions as to which of them is the real age of Yvonne Okoro or could it be that Lucy Lawson is just pulling her legs as most people do by giving age their friends don’t like to them just to annoy them on their birthday or there was a miscommunication between them.

Someone will say it’s her age and decides which age to let us know and there’s no doubt with that but the fact that we don’t know which age to take now is why we’re asking whether Yvonne Okoro is 37yrs old as she claims or 40yrs as her friend claims.