Checkout Amazing Photos Of These Ladies Captivating The Online Scene

Kelvin Taylor Goes Hard On Bernard Avle For Making This Suggestion During The Strike.

In principle, I support the E-levy 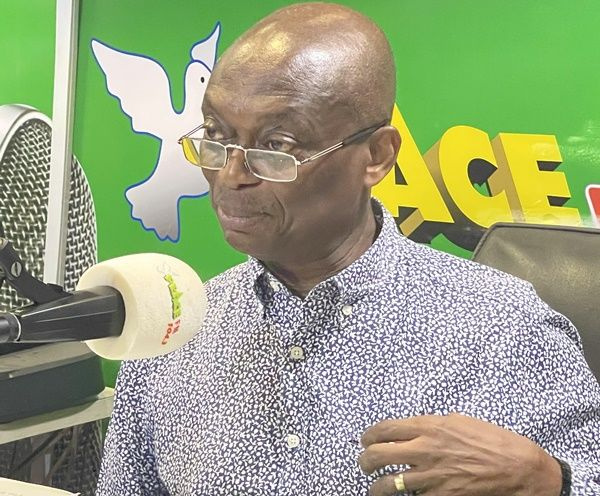 Seasoned Journalist, Abdul Malik Kweku Baako, has thrown his weight behind the government’s new policy to generate revenues to improve the economy.

Finance Minister, Ken Ofori-Atta, presenting the 2022 budget at Parliament, stated that “after considerable deliberations, Government has decided to place a levy on all electronic transactions to widen the tax net and rope in the informal sector. This shall be known as the “Electronic Transaction Levy or E-Levy”.

He expounded; “Electronic transactions covering mobile money payments, bank transfers, merchant payments and inward remittances will be charged at an applicable rate of 1.75%, which shall be borne by the sender except for inward remittances, which will be borne by the recipient. Mr. Speaker, to safeguard efforts being made to enhance financial inclusion and protect the vulnerable, all transactions that add up to GH¢100 or less per day (which is approximately GH¢3000 per month) will be exempt from this levy.”

After the Minister’s statement, there is heated debate on the relevance of the e-levy to solving the economic problems confronting Ghanaians.

Some Minority members have argued it won’t help Ghanaians but compound their sufferings.

On the contrary, Kweku Baako has welcomed the e-levy.

According to him, he isn’t surprised about the arguments on the policy as the history of taxation tells that “human nature predictably, we don’t like it. We usually feel uncomfortable with it. We tend to make noise about it” but, after a while, the cacophony will be over and “everybody gets to accept it”.

Although admitting he has limited understanding of this levy, he, however, insisted; ”In principle, though I don’t understand it, I’m prepared to go along because I’m convinced that there is a need for a certain [you know] tax that will give us space in order to be able to do things. So, I’m not totally opposed to it…”

He addressed the issue on Peace FM’s ”Kokrokoo”.

Checkout Amazing Photos Of These Ladies Captivating The Online Scene

How Police forestalled chaos at Kasoa

Ladies: Here are 6 reasons why you shouldn’t sleep with makeup on