I went AWOL due to serious running stomach 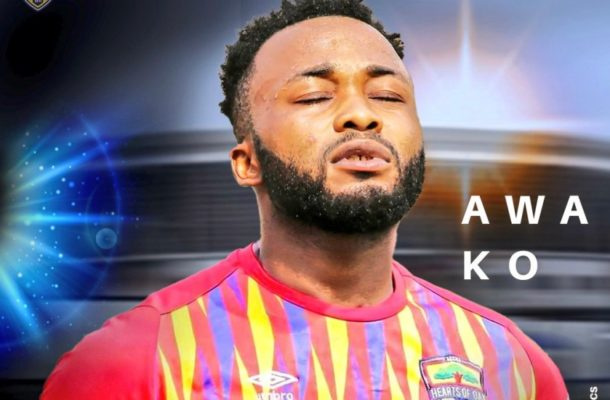 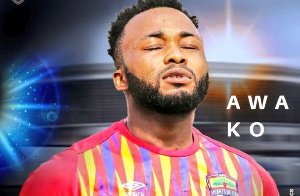 Hearts of Oak midfielder Gladson Awako has down played reports that he abandoned his club due to spiritual attacks which was widely reported in the local media during his absence from the club.

The player went AWOL barely weeks after signing for the Ghana Premier League champions for an unknown reason but has pleaded for forgiveness.

But Awako in an interview with TV3 has denied the spiritual attack reports, revealing sickness forced him to take the break.

“When I joined the team, before God and man I wasn’t feeling well,” Awako said.

“I asked for permission from the club which they granted me to go and cure myself. I don’t believe there were any other things like what people were saying. They were totally different,” he added.

Awako on Tuesday morning began training with the Hearts of Oak youth side Auroras at the St Thomas Aquinas Park and is expected to join the main team if he regains his fitness.

He who went AWOL  and finally returned to the team after an intervention from the Teshie Youth Chief, Original Nii Martey Laryea I.

The midfield maestro joined the Ghana Premier League champions from rivals Accra Great Olympics barely three months ago on a two year deal but decided to run away from the club for reasons best known to him.

He could play a part in Sunday’s CAF Confederations Cup game against Algerian side JS Souara.