Hearts of Oak get GH₵1m financial boost from Akufo-Addo 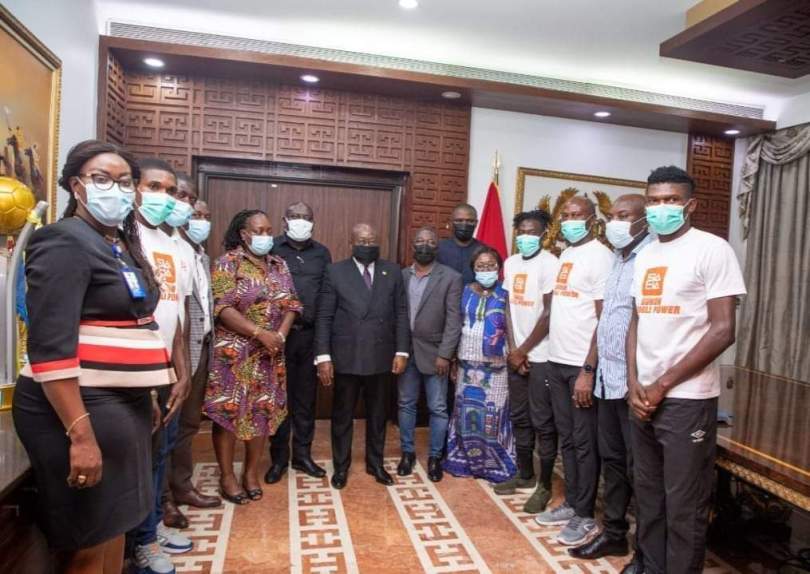 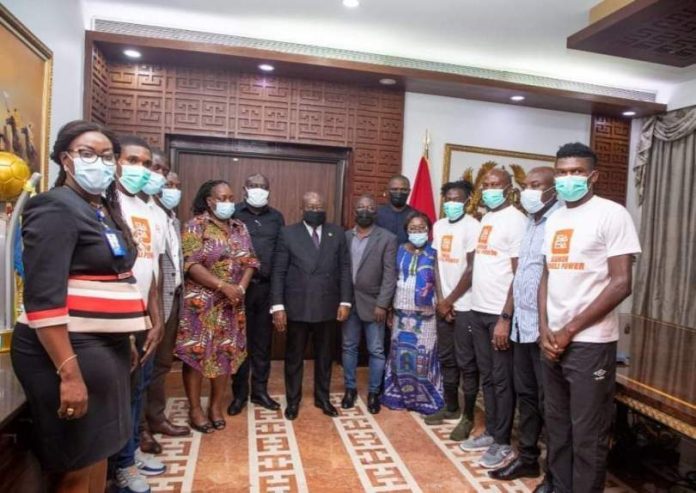 The Phobians on Tuesday afternoon paid a courtesy call on the President where the team presented the two trophies which are the Premier League and the MTN FA Cups to the first gentleman of the land.

Hearts of Oak were supposed to have met the President before their 110th birthday but the meeting was called off at the eleventh hour.

Players, technical team members, and the hierarchy of Hearts of Oak were led to the presidency by the Minister for Youth and Sports, Mustapha Ussif.

At the meeting, the President donated an amount of GHC1million to the Rainbow Club in order to help them fund their CAF Confederations Cup campaign.

The President was presented with a customised Hearts of Oak replica jersey with the number 77 which symbolises the President’s age.

“As part of your 110 celebrations, I urge all Phobians to stand firm and support the team to defend the good image of Ghana football and as well go on to successfully defend all the titles you won last season.

“You have a big role to play in lifting high the image of Ghana football. I am proud of your achievements as a club and I hope our desire to see you bring more laurels to Ghana football will materialise,” he said.

The President praised coach Samuel Boadu and his technical team as well as the players for working hard to bring success to the club and urged them to get better and better in their quest to defend the title and conquer Africa.

“Samuel Boadu is currently one of the very best coaches and together with his captain and the rest of the players, I want to encourage you to do more for Hearts and Ghana.

“I, therefore, pledge GH₵1million to support your campaign in the CAF Competitions which I believe will serve as extra motivation to the team to win on Sunday and go on to qualify to the group stages,” he added.

Hearts of Oak started in the CAF Champions League but dropped down to the CAF Confederations Cup after they were eliminated 6-2 on aggregate by Moroccan side Wydad Athletic Club.

The Ghanaian champions will play against Algerian side JS Soura in the playoff round at the Accra Sports Stadium on Sunday, November 28, 2021, before the return fixture in the North African country a week later.