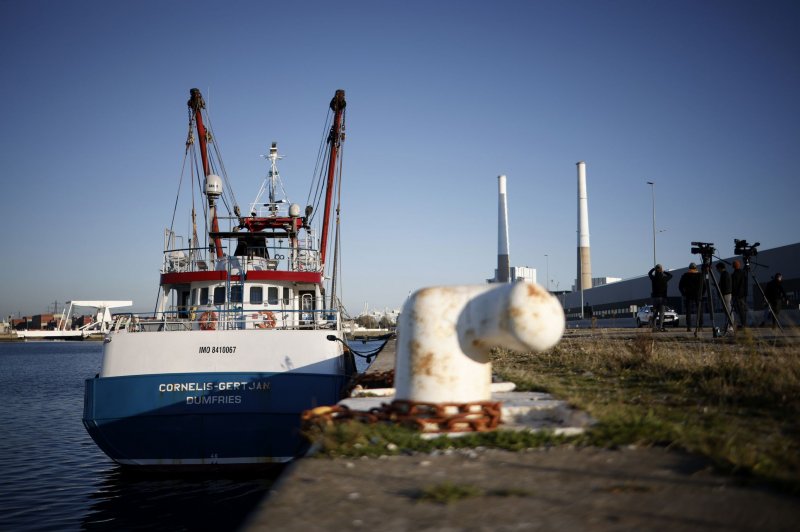 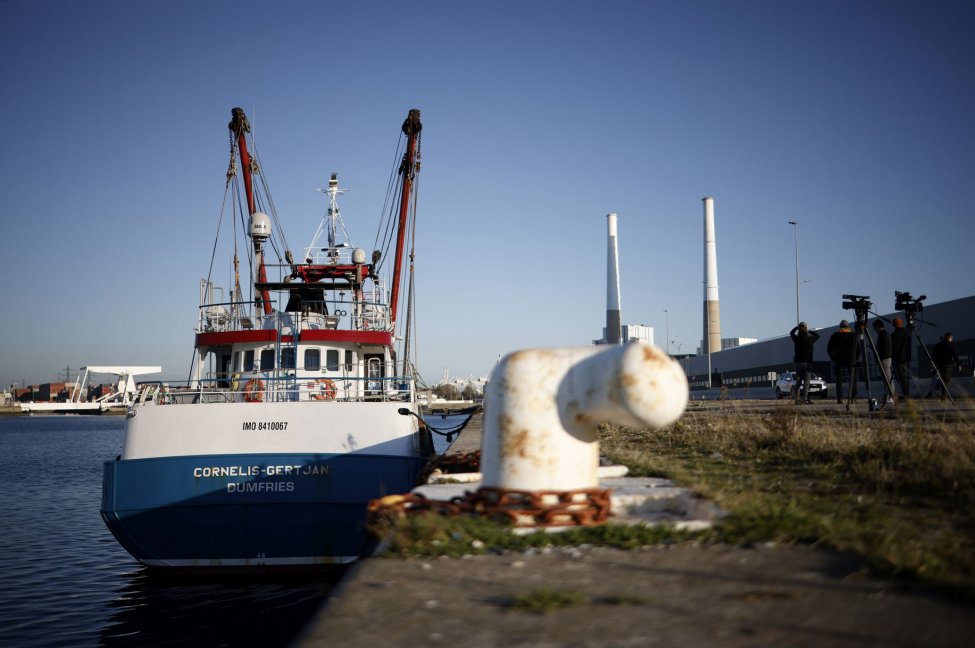 The Cornelis Gert Jan, a British trawler, is moored at the port in Le Havre after being seized by French authorities in October. France and Britain are in conflict regarding post-Brexit fishing rights. File Photo by Yoan Valat/EPA-EFE

Nov. 25 (UPI) — French fishermen will block ferry traffic into English Channel ports and the entrance to the Channel Tunnel starting Friday as tensions over post-Brexit fishing rights continue to escalate.

The fishermen’s national committee said it would stage protests at the tunnel and the Channel ports of Calais, Saint-Malo, and Oustreham.

While the protest could last for hours, it would be “symbolic” and “nonviolent,” the fishing group said.

The move has been described as a “warning shot” by French national fisheries committee chairman Gerard Romiti.

“The fishermen are demanding an immediate resolution to the dispute with the U.K. over the interpretation of the Brexit agreement,” Romiti told the French newspaper Le Figaro. “Our patience has its limits, it has been only too well tested.”

It’s another move in a months-long dispute between Britain and France over the number of fishing licenses handed to French boats.

French President Emmanuel Macron said that France would hold off on imposing measures to give talks a chance. British Prime Minister Boris Johnson has insisted that trade remain unaffected.

Britain’s Brexit minister David Frost and France’s Europe Minister Clement Beaune have yet to come to a consensus.

A deal between Britain and the European Union last year said fishing vessels could continue to operate in British waters, but French boats have had their applications rejected.