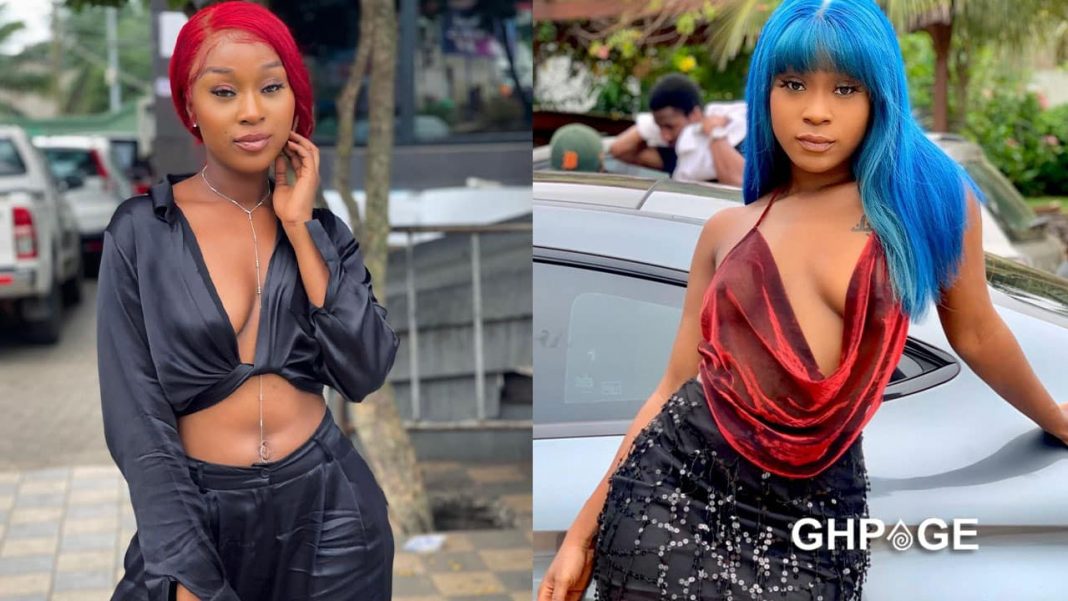 Ghanaian actress Andrea Owusu, known in showbiz circles as Efia Odo, says she has given up on love, years after her hurtful break up with her ex-boyfriend, Kwaku Revloe.

Some months ago, Efia Odo shared her struggles about finding true love again, lamenting how every man she falls in love with only wants to sleep with her and dump her.

After an unsuccessful exploration on the boyfriend market, she has decided to stay single and celibate until further notice.

Without mincing words, Efia Odo has taken to social media to announce her stance on dating.

In a tweet, she advised men bombarding her DMs with proposals to stop wasting their time, stating categorically that she is no longer looking for love.

Efia however noted she’s willing to accept money from any man who wants to spend it on her but she won’t spread out her legs in exchange for the gesture.

“I’m looking for love so y’all can stop emailing me. But if you wanna spend some cash I’ll gladly accept but don’t expect any pussy. You gone have to jerk off to but a nut”