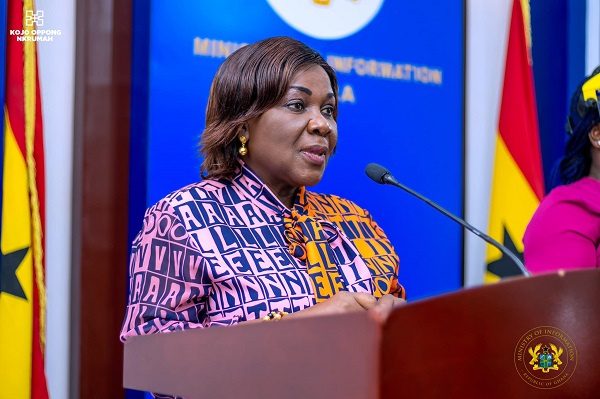 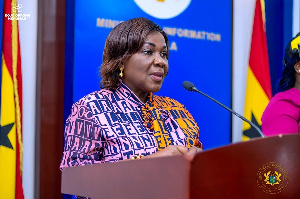 The Minister of Sanitation and Water Resources, Ms, Cecilia Dapaah, has urged the Deputy Speaker of the Hungarian Parliament, István Jakab to “support Ghana to become the gateway to Africa.”

This, she said was because “we are a set of good people, hardworking, very hospitable and we respect the rule of law” for which reason investments in the country towards making it the gateway to Africa was the best decision.

Ms Dapaah said this in Accra on Tuesday when the Hungarian Deputy Speaker of Parliament paid a courtesy call on her.

She noted that the government recognized the full capabilities of Hungary’s expertise in the water sector, particularly in the treatment of wastewater for which reason the country was excited about its partnership with Hungary in treating wastewater.

“We saw the full capabilities of the Hungarian experts in the water sector especially in the treatment of wastewater and we are happy that in Ghana you are in partnership with the private sector to treat wastewater,” she stated.

The Sanitation and Water Resources Minister assured of the company’s credibility stating that “I can assure that the company is a credible one that can be trusted and I believe that more businesses will accrue from that relationship.”

Speaking on the Dambai water project in the Oti Region which would be funded by Hungary, Ms Dapaah stressed the country’s resolve in playing its role in order to ensure that “we do not delay in any way and work towards getting the project done in the Oti Region.”

She lauded the Hungarian government for the collaborations and thanked the deputy speaker for calling on her.

The Deputy Speaker of the Hungarian Parliament for his part extolled the minister for his audience and registered his excitement for her reassuring and appreciative words.

Mr Jakab agreed with the minister on the need to co-operate as countries, saying that “this is an important thing that will ensure the unification of the two countries.”

He said it formed part of the purpose of the parliamentary delegation’s visit which had experts in diverse fields to strengthen the cooperation between the two Parliaments as well as develop bilateral ties that would subsequently make “Ghana a beginning position and the gate to the whole of Africa.”

He said that the Hungarian government was poised in offering assistance to the country.

Mr Jakab said his country had structured an annual scholarship scheme which gave opportunities for Ghanaians to garner knowledge in Hungary Universities.

He pledged that his country would ensure that the other two projects that were being undertaken in the country, just like the Kumasi Wastewater Treatment Plant were completed.

Responding to the Minister’s call for the two countries to continue to be good friends, he stated that “we liked to be faithful friends and not just good friends so that when we promise something we deliver it.”

He said that reverend Dr Lawrence Tetteh, Founder and President of the Worldwide Miracle Outreach, was a testament to how personal relations and rapport could enable open and frank relations among people.