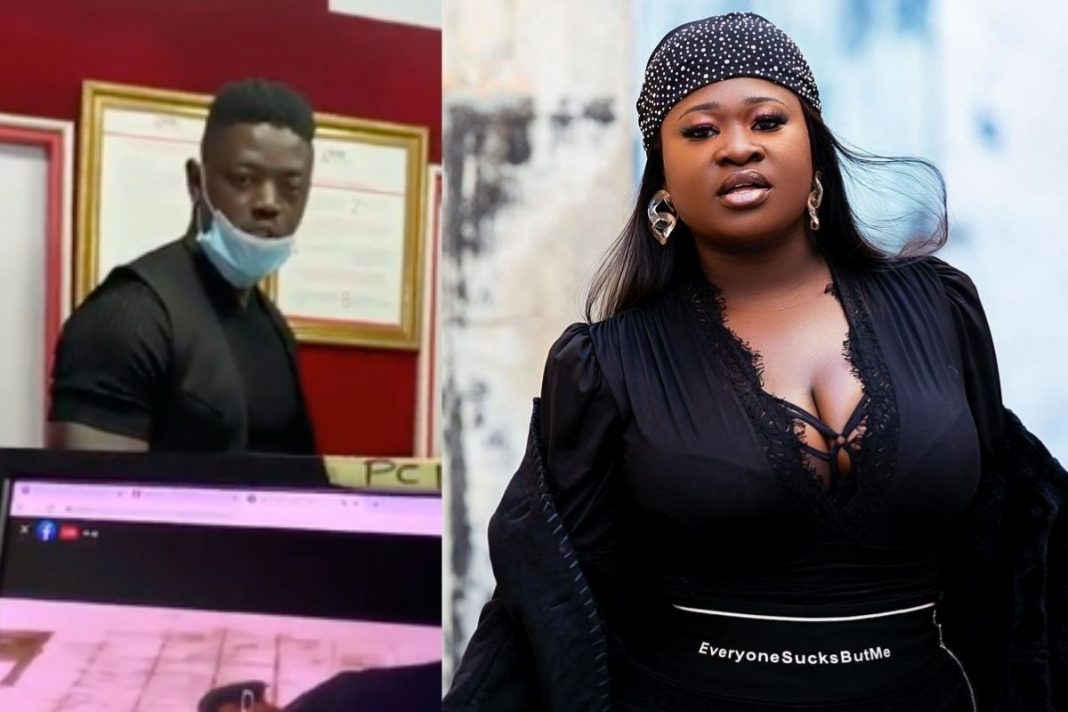 Ghgossip understands that the self-acclaimed bouncer said that Sista Afia and his manager employed his service however refused to do the needful afterward. He has been using every means possible to reach them however every effort has proved futile.

He resorted to targetting them at the studio to take his payment in person. The incident occurred when Sista Afia and her Manager Kule were having an interview with Nana Romeo Welewele. Ghanaian blogger Zionfelix shared the moment of the incident on his official Instagram page. He wrote;

A macho man walked in the studio of Accra to take his money from @sista.afia whilst having an interview with @nanaromeowelewele

Meanwhile, Sister Afia and her manager Kule refuted all claims that they knew the bouncer. They reiterated that they have never known, seen or let alone worked with him before.

In other news, Sista Afia has debunked claims of chasing after Medikal and Shatta Wale, says she will never waste her time to fight another woman over a man and she has never done much in her entire life.

READ ALSO: “It Took Me 5 Years To Prepare My Debut Album”-Singer, Abiana Reveals

According to the singer, when the two rappers were caught up with the laws of the land, she used her platform to back the Freedom campaign initiated by some fans on social media. She said that she has always had a personal relationship with Medikal but the same cannot be said about Shatta Wale even though she was part of the #FreeShattaWale campaign.

Speaking in an interview on Okay FM’s Ekwansodwodwo with Abeiku Santana, Sista Afia stated she is a “speck”, hence she needs not to stain her reputation and lower herself by fighting over a man.

When asked about her alleged relationship with Shatta Wale which also might have been the cause of her beef with Efia Odo, Sista Afia stated that she has never had intimate feelings for the dancehall musician.