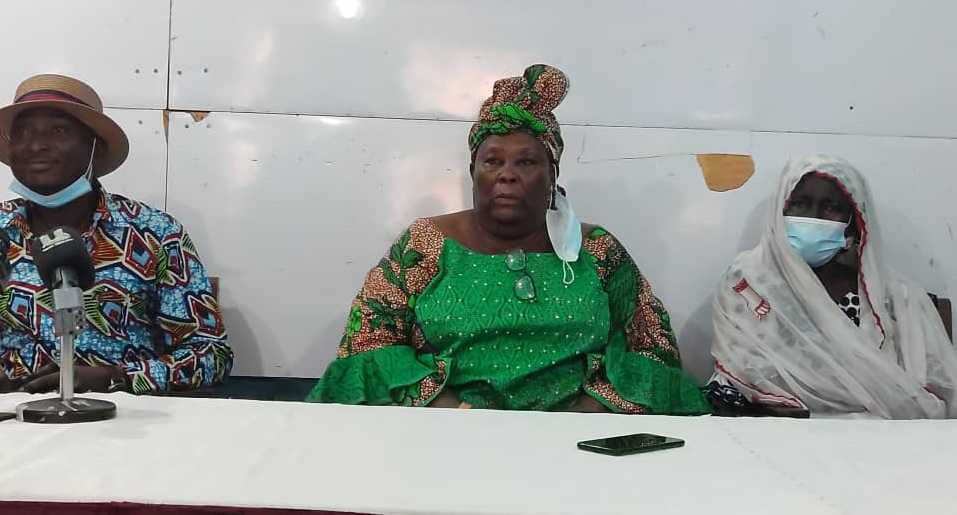 Outspoken New Patriotic Party (NPP)’s loyalist, Hajia Fati, has poured cold water on reports claiming she is in cahoots with a person supposedly arrested over some excavator deals.

To her, although the publication with the headline ‘Hajia Fati’s Security Detail Arrested Over Excavator Deal’ suggested that some people she works closely with, have been arrested and said the allegation against her is ‘spurious.’

In a statement read on her behalf at a press briefing yesterday at the Ghana International Press Centre in Accra, Stephen Okyere, an assistant of Hajia Fati said “the publication was a calculated attempt by top security officials in the Western Region and Western North Region to ruin the hard-earned reputation of Hajia Fati because of their selfish interest.”

Consequently, Mr. Okyere through Hajia Fati issued a 24-hour ultimatum to all media houses that had published the said allegation to retract the story or face legal action.

She stated that she has since 2018 been tasked by the Ministry of Environment, Science, Technology and Innovation to take charge and retrieve the missing excavators which were seized during the Galamsey Taskforce as well as the Inter-Ministerial Committee on Illegal Mining Operations.

She said since 2018,  she has retrieved over 150 of the stolen excavators parked on a piece of land owned by the Ghana Civil Aviation Authority off Adenta-Botwe road in Accra, and added that she has been monitoring the excavators so that nobody takes anything away.

“When they started saying Nana Addo (President Nana Addo Dankwa Akufo-Addo) has stolen excavators, nobody was able to come out and defend him, so I took it upon myself to defend him,” Hajia Fati said.

“The President does not deal in excavators. They are there, so we went and looked for them. I have found some and some are still there. During our time no excavators were burnt,” she added.

She said she will not allow anybody to drag her name in the mud and is ready to assert her legal rights.