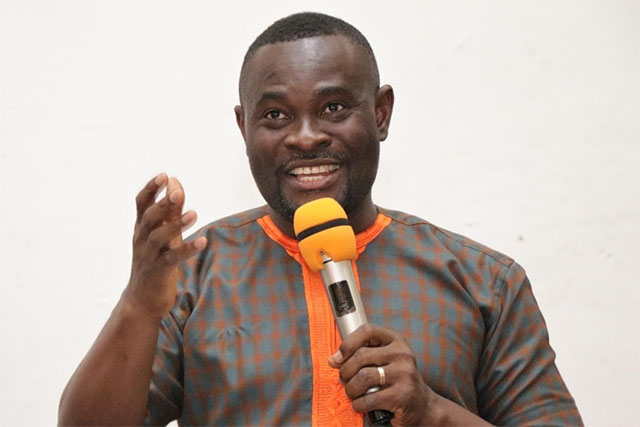 DEPUTY MINISTER of Finance, Dr John Ampontuah Kumah, has indicated the electronic levy (e-Levy) will not affect ATM transactions since patrons will not be sending money but rather withdrawing.

The e-Levy is a new tax of 1.75% that will be applied only on the originator of a transaction on an electronic payment platform beginning January 2022. These include fintech platforms, online banking and mobile money platforms.

On transfers between accounts owned by an individual in different banks, he said that would also not be taxed.

The Deputy Minister revealed this when he addressed some editors recently in Accra.

Commenting on whether the e-Levy will apply to quick loan payouts and repayments, he said that will be known when the bill on the e-Levy is laid before Parliament.

Highlighting on how elastic the demand for e-Transaction would be and what Government was likely to do if this causes a return to an increased use of cash, the Deputy Minister said “Calculations of people who will stop using MoMo as a result of the tax has been catered for which is normal for tax that is introduced. However the opportunity cost returning to the use of cash is more than the tax that has to be paid and so over time we expect more people to still use MoMo.”

Reacting to whether consulted the telcos in designing this e-Levy, Dr John Kumah said Government conducted surveys before introducing the e-Levy. “The process of consulting the telcos is a continuous process and it will feature heavily as Government prepares to design the bill for the levy. There we even a meeting between all the Telcos NCA, MoF this past week.”

He particularly added, “Road infrastructure is just one of the things government intends to use the e-Levy revenue for. Of the projected GH¢6 billion revenue, Government will pay for the revenue it will  have generated if it had still operated the toll booth and add up any amount as required to ensure our roads are fixed aggressively.”

The levy will be applied on the value (amount) of every transaction above GH¢100 on a daily basis. That is, after every GH¢100 (cumulative spend) the e-levy will be applied. For example, if Kofi sends GH¢50 to his sister in the morning and sends another GH¢50 (GH¢100 in total) to his brother in the afternoon, he will not pay the E-levy. However, any other payment in the day after this threshold will attract the e-Levy.

Dr Ampontuah Kumah further mentioned some transactions which will fall under the e-Levy. These include

Mobile Money Transfer i.e. sending money from your wallet to another person’s wallet or bank account using mobile money; Bank to Mobile Money Transfers i.e. transfers from a bank account to another person’s mobile money account; Mobile Money Merchant Payments i.e.  when you pay for a service or a product from a merchant using your mobile money account; In-store Payments Using POS or QR i.e. transactions at merchant locations that are done using a Debit/Credit Card, QR Code or alternative payment channel will be charged the levy; E-Commerce/Online Payments, here e-Levy will be charged to the customer for payments for goods and or services using Mobile Money, Debit/Credit Card, QR Code or alternative payment channel; and Inward remittances: To be charged on the amount received by an individual from abroad.

Detailing some transactions which are not covered by the e-Levy, he mentioned Bank transfers and cheques – bank transfers and cheques from one bank account to another; Daily Free Limit – every person will be able to send up to GH¢100 / day without payment of the levy; Transfers between your own accounts – if you are moving money between your own accounts (i.e., of the same person) then you will not be charged the e-Levy; and also Cash deposits into one’s personal mobile money account.

Asked about what the revenue generated from the e-Levy will be used for, Dr Ampontuah Kumah noted, “The monies will be used to support government initiatives such as youth employment and entrepreneurship, construction and maintenance of roads, digital infrastructure and security.”