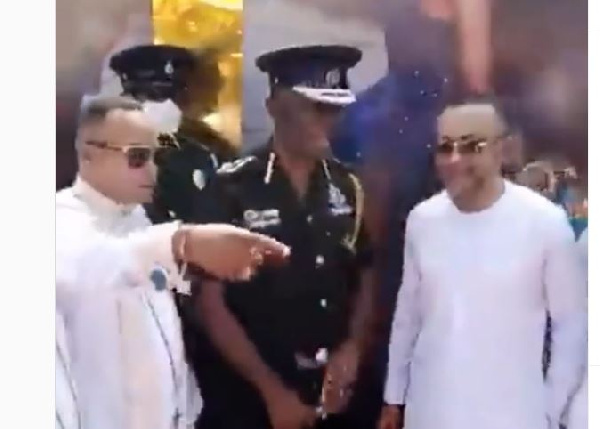 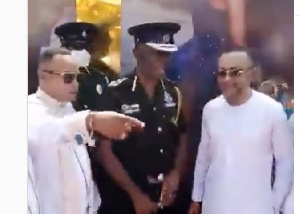 Rev. Isaac Owusu Bempah did not attend a meeting of pastors with the IGP

Owusu Bempah recently had a case with the law

It won’t be the first time he is meeting such a popular personality in the country, irrespective of the industry they are in, but this meeting between Dr George Akuffo Dampare, and Rev. Isaac Owusu Bempah, sure is different.

In a video shared by @rinnieiseverywhere_official on Instagram, the Inspector General of Police is seen having a hearty conversation with the controversial, outspoken preacher of the Glorious Word Power Ministries International.

It would be recalled that a few weeks ago, the IGP held a meeting with members of the religious bodies in the country to discuss the issues of the law and religion.

The meeting was to ensure that the two bodies can work together in harmony while ensuring that their respective duties do not infringe on that of the other.

At that meeting at the Police Headquarters in Accra, Rev. Isaac Owusu Bempah was not present and this encounter at the engagement seems to be the only moment the IGP has met with him.

According to the caption on the Instagram video, the two met at a traditional wedding ceremony.

Also in the video is Prophet Elisha Salifu and some other pastors.

See the video below: