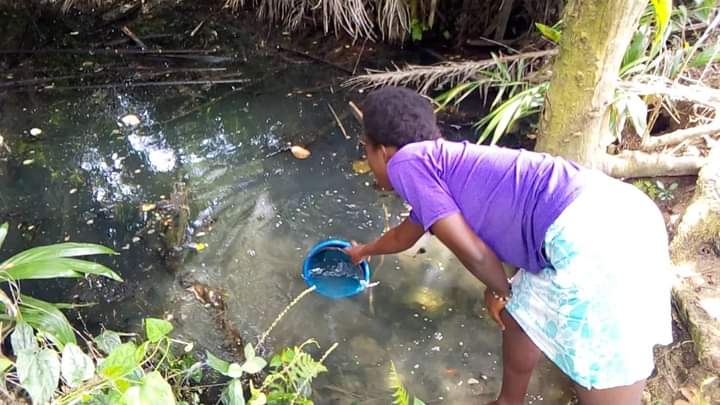 The Residents of Asarekrom, a farming community in the Ayensuano District of the Eastern Region are appealing to corporate entities, and the government to as a matter of urgency, provide them with good drinking water to safeguard their health.

According to them, they have never tasted or enjoyed potable water even though they are part of the country and voted during elections.

The residents who fetched water from a polluted stream made the passionate appeal during a visit to the community by this reporter.

According to them, although their only source of water gets polluted with drain from the gutters whenever it rains, adding that they have no option but to stick to it.

Some of the women noted that due to the nature of the polluted water, they get infected with communicable diseases such as cholera and guinea worm infestation.

They lamented that during the dry season the stream often dries up making life unbearable for them, especially women, during that period.

The Chief of the area, Ebenezer Yeboah noted that several appeals have been made to their District Assembly through their assembly member but they have not gotten results yet.

He, however, called on the government and other entities to come to their aid and provide them with potable water.