About 75 miners trapped underground after ‘explosion’ and fire 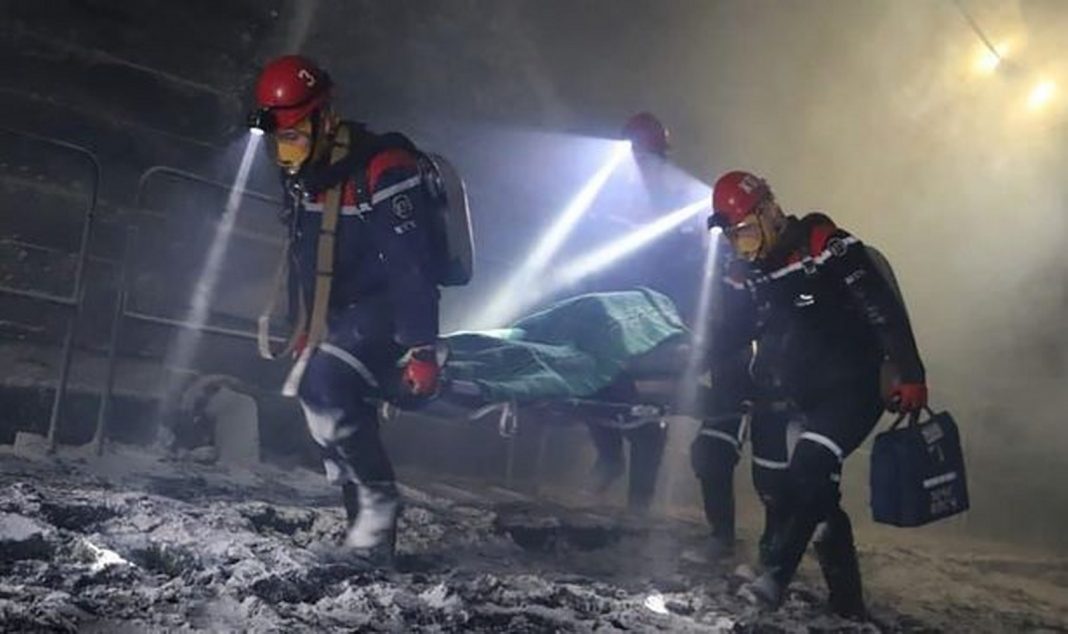 A major rescue operation is underway in Siberia today amid reports up to 75 coal miners are trapped underground after an explosion and fire.

Communication has been lost with the missing workers, reported Interfax.

A major blast occurred at a depth of 250 metres – 820ft – in the Listvyazhnaya coal mine in Russia’s Kemerovo region.

At least one miner, aged 23, was reported to have died.

A later report from ura.ru said 11 were confirmed dead in the coal mine disaster.

This was not immediately confirmed by the authorities, but it is clear there are deep fears for the missing workers.

Some 44 of those rescued have suffered injuries and were rushed to hospital.

A report said that miners had warned of increased methane gas readings at the mine, but were nevertheless told to work.

Interfax said an explosion “thundered” in the mine causing the emergency.

Fire was said to be raging in a ventilation tunnel.

The Interfax report said an “equipment malfunction” or “natural causes” were seen as the cause of the explosion.

A major operation in subzero temperatures was underway to save the trapped miners, according to multiple reports.

Amid confusion over the numbers, other reports said 236 people had been evacuated, meaning 51 were unaccounted for.

Mash news outlet which showed pictures from the scene updated to match the Interfax report that 75 remained trapped inside the mine.

As the first victims emerged from the mine, a local emergencies source said: “According to preliminary data, none have bodily injuries.”

“They inhaled (smoke) as a result of the explosion.”

According to Russia’s technological watchdog, an explosion occurred in the mine’s airway.

An investigation was launched by the Kemerovo region prosecutor’s office.

Listvyazhnaya is part of SDS-Ugol, one of Russia’s biggest coal mining companies.