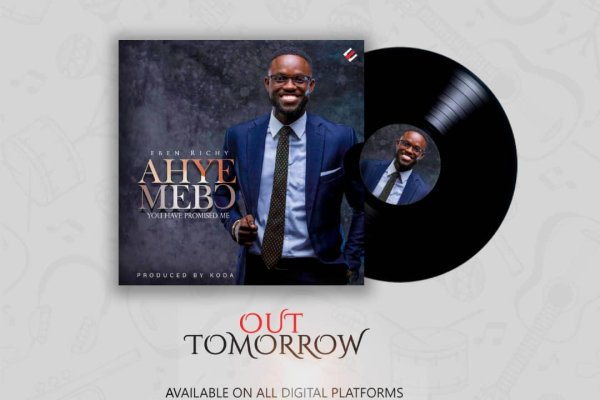 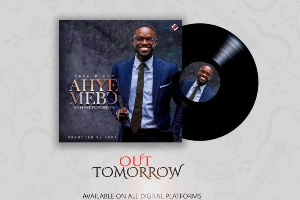 The song, produced by KODA, has been carefully crafted to encourage, educate and inspire its listeners.

The spirit-filled song urges all believers to remain steadfast regardless of the challenges and difficulties they were going through.

Speaking in an interview with the Ghana News Agency (GNA) about his new song, the sensational artiste said he was poised to inspire not only Ghanaians but those beyond the borders with his inspirational songs.

“God gave me this song while I was worshipping but around that time I was going through challenges which made it hard to hold unto God’s promise,” he said.

“When the song dropped, I knew God was speaking to me and he wanted to inspire others with these soul edifying words,” he added.

Born Ebenezer Kwasi Awortwe, the artiste recounted how he took inspiration from Nana Yaw Asare, the “Odomankoma” hitmaker, whose cassettes were often bought by his father.

Having the backing of his father, Eben Richy said he developed a passion for music and began singing at a very young age which he continued at the Secondary School where he joined the musical band.

He further recounted how his role as an executive of the University of Mines and Technology Mass Choir contributed to his transformational development as a minister of God and said that solidified his faith.

Though trained as a Mechanical Engineer, Eben Richy said his passion for music grew after completing university.

In his message to other gospel musicians, he said “each person should recognise the fact that it is an assignment we are fulfilling, we are passing a message across so we must unite, encourage ourselves and play our roles as witnesses of Christ but not for fame”.

Be cautious, prosperity is not always from the right source – Joe Beecham