18-Year-Old As Roma Striker, Afena Gyan Spotted With A Beautiful White Girl Believed To His Girlfriend 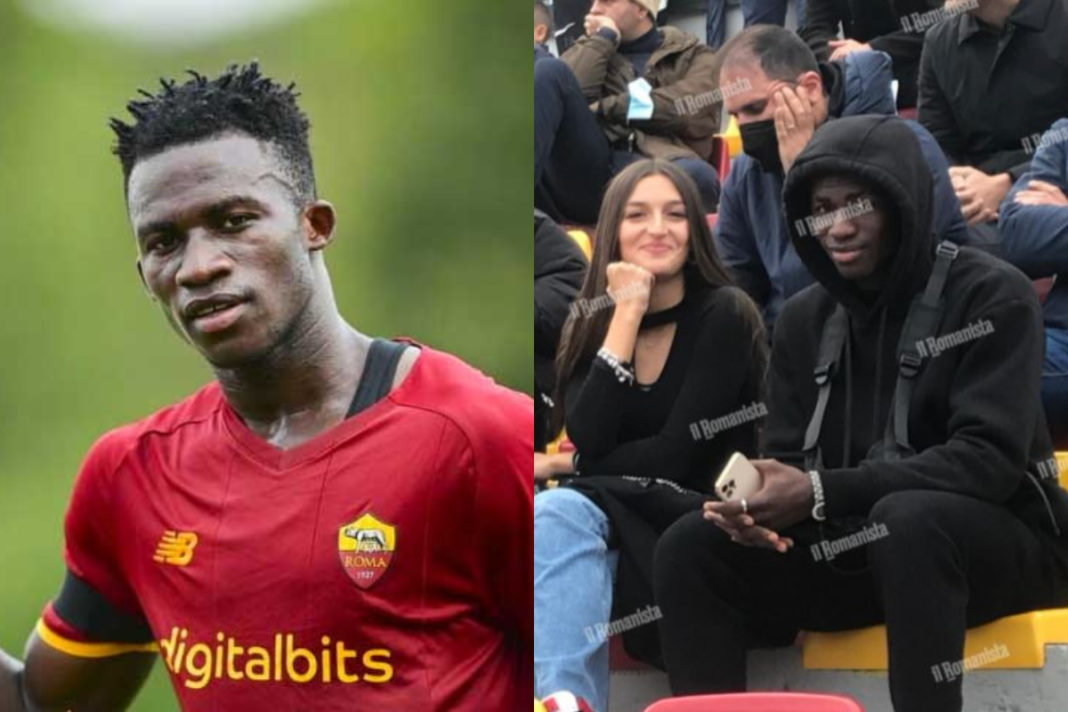 Felix Afena Gyan has been making headlines the past few weeks due to his remarkable performance on the field for his Seria A side, AS Roma.

Felix scored a brace against Genoa over the weekend after the Manager introduced him into the game during the second half earning himself a spot in the first eleven of Jose Mourinho.

The attacker together with his coach Jose Mourinho and other team members went to the stadium to watch the U-19 team of AS Roma play and beside him in a photo is a beautiful white lady who posed with him for the shot.

Although there isn’t much to be said about the lady, it is believed she could be his girlfriend

In other news, an America man has blown minds with his style of architecture as he defied the odds by building a house upside down.

The man known as Marek Cyran who lives in Niagara in the United States of America said in a video that he was inspired to erect a building upside down after he experienced one in Poland for the first time during a vacation.

He said on his return, he suggested it to some members of his community but they mocked him and discouraged him saying it is not going to work but he did not let their words break him as he worked hard on his idea and brought it to life.