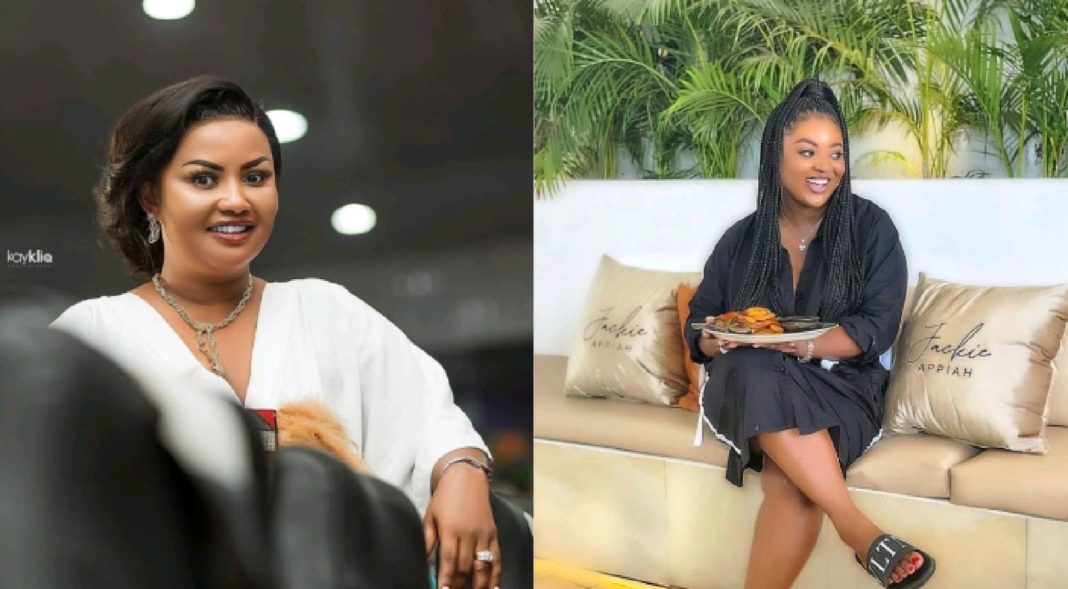 Speaking in an interview with Abeiku Santana on Ekwansodwoodwoo Drive Time Show on Okay FM, Nana Ama Mcbrown cautioned detractors to put an immediate end to the comparison because it’s needless and pointless.

READ ALSO: Mcbrown’s husband finally reacts to Counselor Lutterodt’s claim that his wife is older than him

Midway through their conversation, Nana Ama Mcbrown bragged that she’s in a league of her own because aside from staring in numerous Kumawwod movies she has also cast in alot of Ghallywood films.

She also recounted how celebrated movie director and producer, Miracle films used her and the likes of Agya Koo and the likes to revive the local movie industry when it was about to collapse about a decade ago.

Later, Nana Ama Mcbrown ended her submissions by stating that both her and Jackie Appiah are all financially stable and that is what is important and not who is the best amongst them.