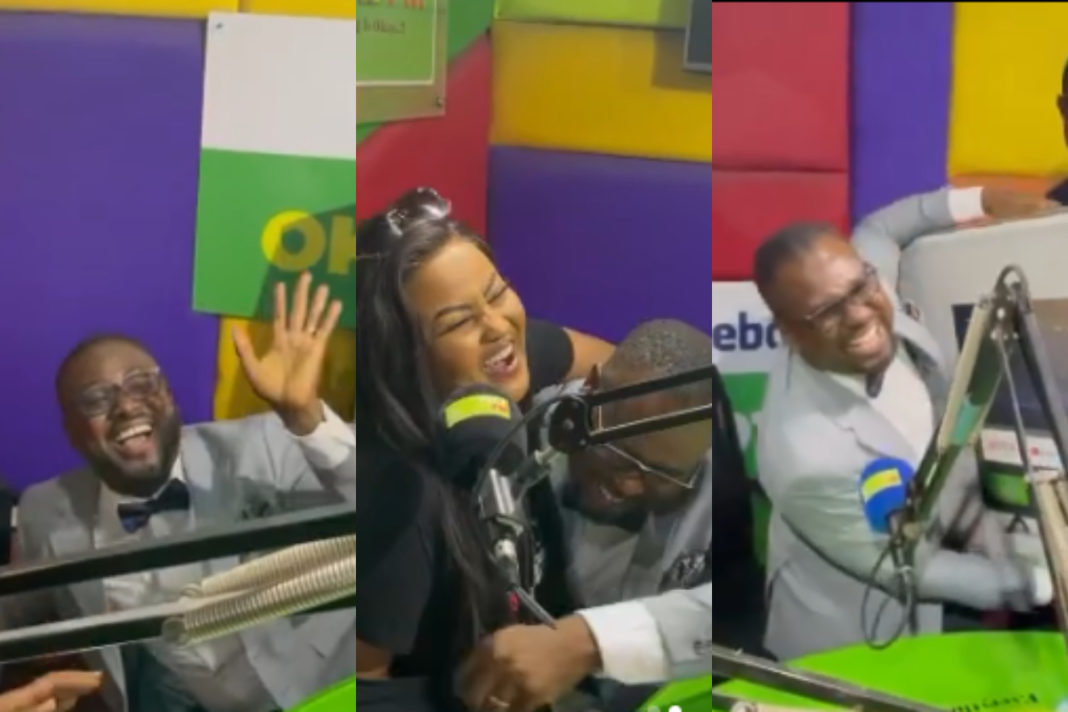 Seasoned Ghanaian broadcaster, Gilbert Abeiku Santana could not control his emotions after Empress Nana Ama Mcbrown pulled up in the studios of Okay FM with a wonderful surprise as a token of her appreciation for sitting in for her as host of the United while she was out of the country.

Recall, Abeiku Santana was announced as the show host of the United after Nana Ama Mcbrown traveled out of the country due to some health complications and also to spend some time with her family.

For more than a month, Abeoku Santana sat in for her and continued to educate and entertain Ghanaians with showbiz discussions just as Nana Ama Mcbrown has been doing before vacating the space.

Appearing on today’s edition of Ekwansodwodwo aired on Okay FM, Nana Ama Mcbrown surprised Abeiku Santana with a 50 Inches Smart TV as a token of her appreciation.

In other news, the Vice President of the Republic of Ghana, Dr. Mahamudu Bawumia has advised graduates to venture into entrepreneurship in order to sustain their lives for the future.

This comes shortly after the Minister of Finance, Ken Ofori Atta encouraged the youth to venture into entrepreneurship as the government cannot absorb them into the public sector.

Speaking on his behalf by a Deputy Minister of Education, Rev. John Ntim Fordjour, at the 13th congregation of the University of Mines And Technology (UMaT) in Tarkwa on Saturday 20th November 2021, Dr. Bawumia revealed that the public sector can never close its doors to graduates who are seeking employment, but it will be advisable for them to venture into other lucrative venture in order to build a sound future for themselves.