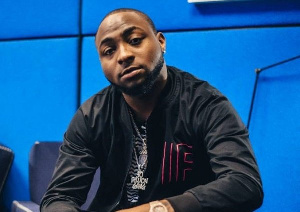 Nigerian singer, Davido has established that he will ensure that his N250m donation to orphanages across the country will reach the intended recipients.

On Friday, November 19 via an Instagram post, the afrobeats singe announced he was donating the amount to mark his 29th birthday celebration.

Davido took to Twitter last week, asking his celebrity friends to donate N1m ahead of his birthday which he celebrated on Sunday, November 21, 2021.

He tweeted: “If u know I’ve given you a hit song. send me money …. una know una selves”.

His reaction comes after a tweet by a fan on Monday, November 22.

“I told mum what Davido did and I’ve never seen her revolt so passionately against something. She said the money won’t get to the children cos welfare officers steal all. I hate Nigeria. She said its so bad that nurses never want to leave welfare homes when they’re posted there”.

Davido replied the tweet saying,” I will personally make sure this doesn’t occur!! I put that on my life!”