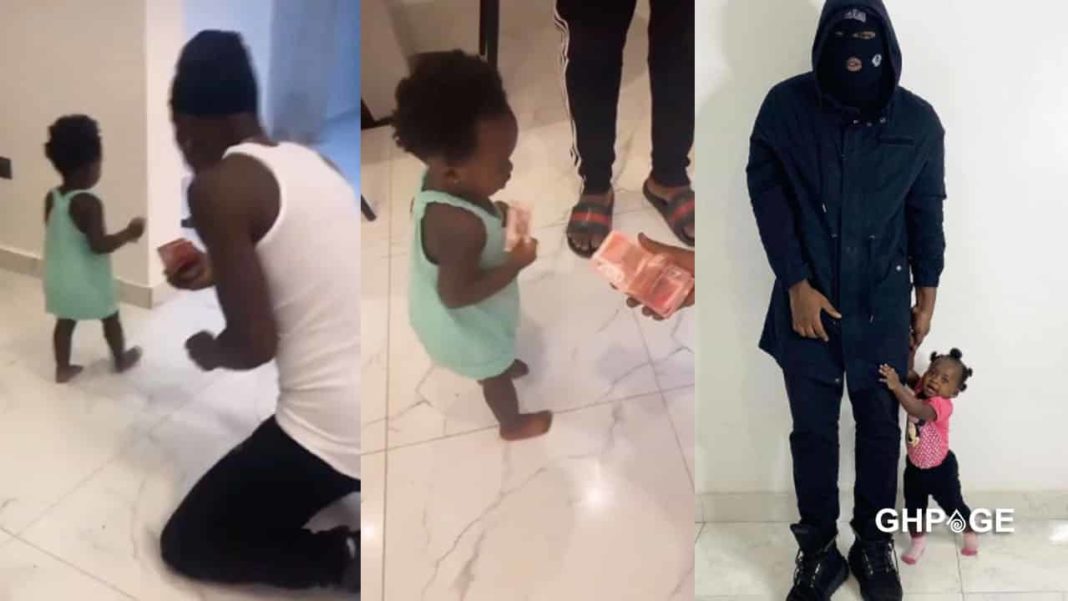 Shatta Wale was recently sighted on Baby Island paying a visit to his prison friend Medikal and his wife Fella Makafui.

Whatever nasty habits Shatta Wale, Medikal, and their spouses have developed, they are hell-bent on passing them down to their offspring.

Majesty, Wale’s son, was recently caught wearing jewellery, and now Island, Wale’s daughter, is being taught to revere money like her parents.

Shatta Wale and Medikal have been spending most of their time together since spending some days behind bars.

These two are seen together at every opportunity.

They’ve even made a song to inform us about their time in prison, but it appears that they haven’t learned anything from it.

Shatta Wale and baby Island were observed playing about at the newly built ‘Island house’ during a recent visit.

Wale had no choice but to pull out a bundle of notes out of all the things a grown person can do with a child.

He poured cash all over the kid and coaxed her into taking some.

At one point, Island deftly stole one of Wale’s notes from his grasp!

Fella and Medikal stood around, beaming, as if they were overjoyed to be there.