1.75 per cent will kill our businesses – Mobile Money vendors 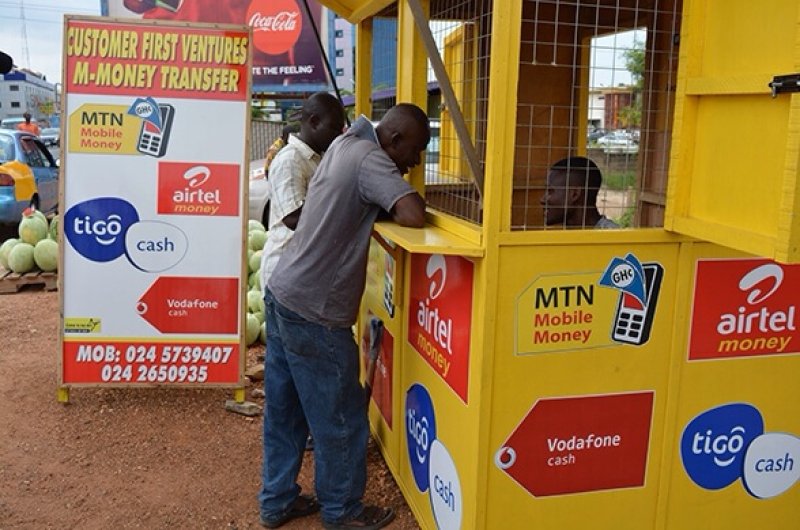 In an interview with the Ghana News Agency, Juliet Edueduh, a mobile money merchant said the levy would compound the already existing financial challenges they faced and the low commission they received from the telcos.

Ms Edueduh said some of them were working with credit facilities from the banks with high interest and could close shop with the imposition of the new tax.
She said another challenge was that, the telcos had directed them to buy the e-cash from the banks and that on every GHC 10, 000 e-cash purchased, over GHC 2.50 was paid as interest, which was affecting their profit margin.
Marjorie Kodi, another merchant, said the new levy if implemented would compel her to charge on deposits, saying, “The charges are just too much, the 1.75 per cent will hurt us.”
Christian Avedorgbor, a resident of Anyaa Palace Town, who manages
a restaurant, said he had asked his account department not to accept mobile money from January next year.
James Nartey, a trader, said the 1.75 per cent levy undermined the introduction of the cashless system by Government.
“It is like going back to the cash and carry system so the tax would cause a lot of havoc to businesses and some of us have decided to limit our Momo transaction and banking transactions.”
A public servant, who sought anonymity, said though Government needed money for development, it must use a different approach to spare those in the low-income bracket.
“I get the impression they are targeting the rich, but it will eventually hit the poor as well,” he said.
GNA