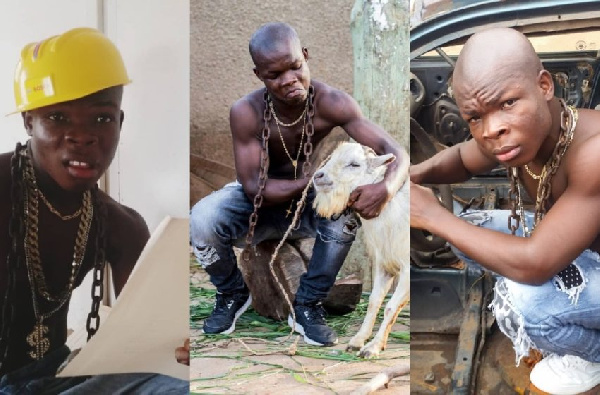 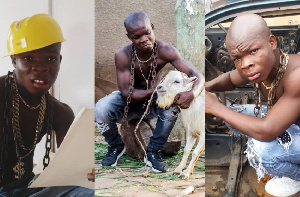 “Everywhere I go people question me as to why I’m not wearing a shirt,” he revealed on the Kastle Entertainment Show.

According to the Ghanaian rapper best known for his viral song ‘Goat’, some people often wonder why he’s mostly spotted shirtless as a musician.

“Wherever I get to some people wonder if I have no shirts to wear or I can’t afford to buy clothes,” he told Amansan Krakye on Kastle FM in Cape Coast.

He added, “But when they realize it’s AY Poyoo at least they understand and I don’t feel cold not wearing a shirt”.

Responding to why he was sacked from the Oasis Night Club owned by D Black, AY Poyoo said he wasn’t allowed to enter because he was not wearing a shirt.

“With regards to the Oasis Night Club issue I would say they were doing their work because it’s a pub so they decide the rules,” he clarified.