A Four-eared Kitten Become A Social Media Sensation After Getting Close To 100,000 “IG” Followers

Adorable Video Of Andy Dosty’s Daughter Mimicking Him On Radio Hits The Net; See His Reaction 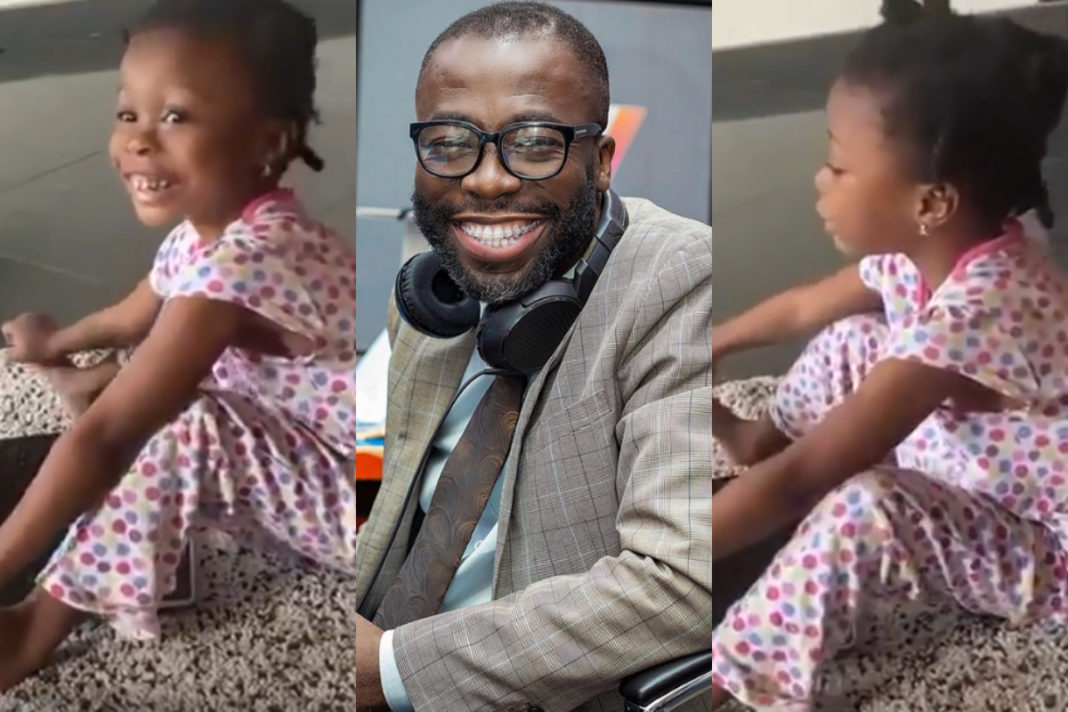 Ghanaian media personality, Andy Dosty of Hitz FM was marveled after he chanced on his adorable daughter trying to fit in his shoes as she mimics him on radio.

Taking to his IG wall, Andy Dosty shared an amazing video of his young daughter mimicking him on radio from the comfort of her home. According to Andy Dosty, for his daughter to start showing interest in his work clearly indicates that his work is a generational blessing.

He wrote; eeiii Awurade……I just woke up to this video. My daughter Ohemaa mimics a radio presenter. Is it alright to say it’s a generational blessing? So she’s been watching me work. I’m trying to hear the slang in her presentation. God is wonderful. Please give her a nice DJ name

In other news, Ghanaian singer, Akosua Kwakye, well known as AK Songstress has lamented how Ghanaians tend to appreciate talents from other countries yet have refused to channel the same energy to support talents from their own country Ghana.

Speaking in an interview on Hitz FM’s Daybreak Hitz with KMJ, AK Songstress revealed that most people were praising her for composing a song with Nigerian melodies but failed to acknowledge the fact that she is a talent from Ghana.

A Four-eared Kitten Become A Social Media Sensation After Getting Close To 100,000 “IG” Followers

They think I’m a comedian so everything goes