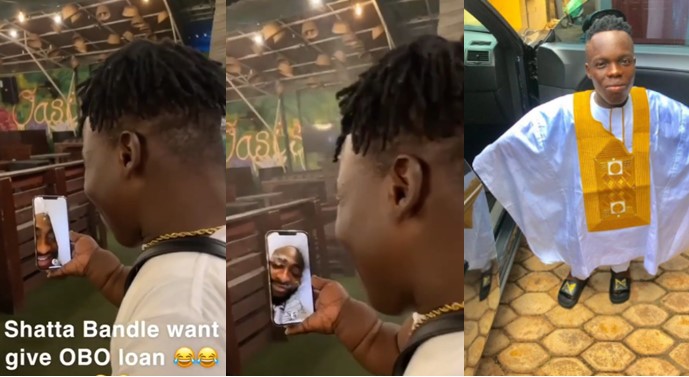 Ghanaian internet sensation, Shatta Bandle has asked Afrobeat singer, Davido if he wants a loan after he raised over N184 million

The self-acclaimed billionaire, Shatta Bandle had a video call with the singer as he told him his readiness to give the DMW boss loan.

In a viral video, Bandle said, “You want to take a loan” and laughed at Davido.

This came up after the singer called on his friends to send him money which end up becoming a Million naira scheme after extending his plea to fans and anyone who has listened to his music.