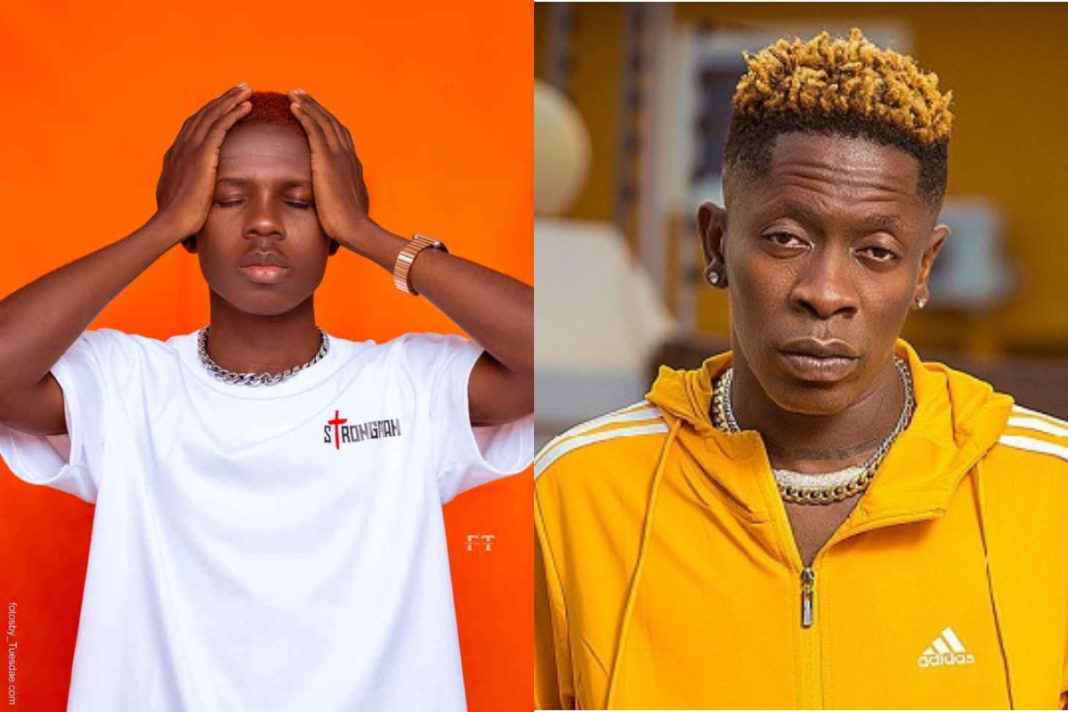 Kumerican rapper, Strongman Burner has revealed that Shatta Wale is not one of his favourite artits in the music space and they both don’t have the vibe and connection.

Strongman is currently on a media tour to promote his new EP and he was asked if he was willing to work with Shatta on a song.

According to Strongman, Shatta has never defended him in public and each time his name comes up, Shatta has something negative to say about him.

Strongman stressed that the fans of Shatta are fully aware of what he is saying and he is not bothered over the matter.

In related news, Strongman recently disclosed that he has no pun intended in the rap songs he sings about.

When asked if the lyrics he uses in his raps are intended for other rappers, he responded that he is only selling his music to inform folks that he is still the best, not to oull other rappers down.

”I need to advertise myself that I’m still the best and the moment I decide to do that, it is obvious I might say something that other rappers might find not too funny. Sometimes, people read meanings into it and conclude that I have issues with someone but that is not the case.” he said.

Speaking on releasing projects for his fans, Strongman maintained that he tries to release songs for his fans so they can vibe to it.

“As an artiste, you need to drop something every year for your fans and that’s why I decided that at least every year or two, I would release a new project and this year I decided to stick to the extended play (EP),”

He also confessed that his personal life is not the same as his professional life. He went on to say that he is a peaceful and happy person in person.