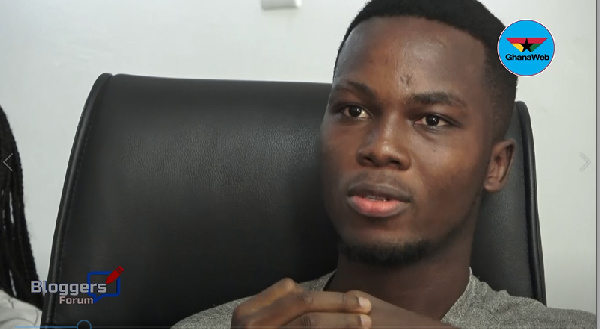 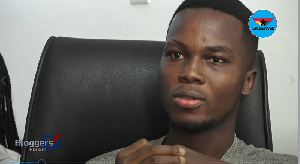 Popular journalist, Albert Nathaniel Hyde has cautioned people to halt every intention of picking a cue from his actions as it could land them into trouble.

Albert said following his ordeal at GHOne, some individuals contacted him on social media with the mere intention to tap into his trend.

This he explained that some social users trooped into his inbox for cyberbullying lessons so as to also become popular.

“When this happened, people reached out to me and said I should help them trend. They say I insulted people to trend so they also want to trend. I’m telling people who are picking some sort of motivation from what happened to me not to even attempt,” he stated in an interview on Bloggers Forum.

Albert has warned such individuals to desist from such acts adding that they might not be lucky as him.

“Don’t do it. For me, I was lucky enough to just trend but you might not be as lucky as me and end up in prison. Don’t tow my lane,” he warned.

It can be recalled that the young journalist was tagged as a habitual cyberbully and received public ridicule after Nana Aba shared the clip of what transpired in the studios of GHOne TV when he attempted an audition for ‘TheNextTVStar’ reality show.

Albert was uncovered as the face behind a Twitter account known for trolling people and was drastically dealt with by the three judges; Nana Aba Anamoah, Bridget Otoo and Serwaa Amihere.