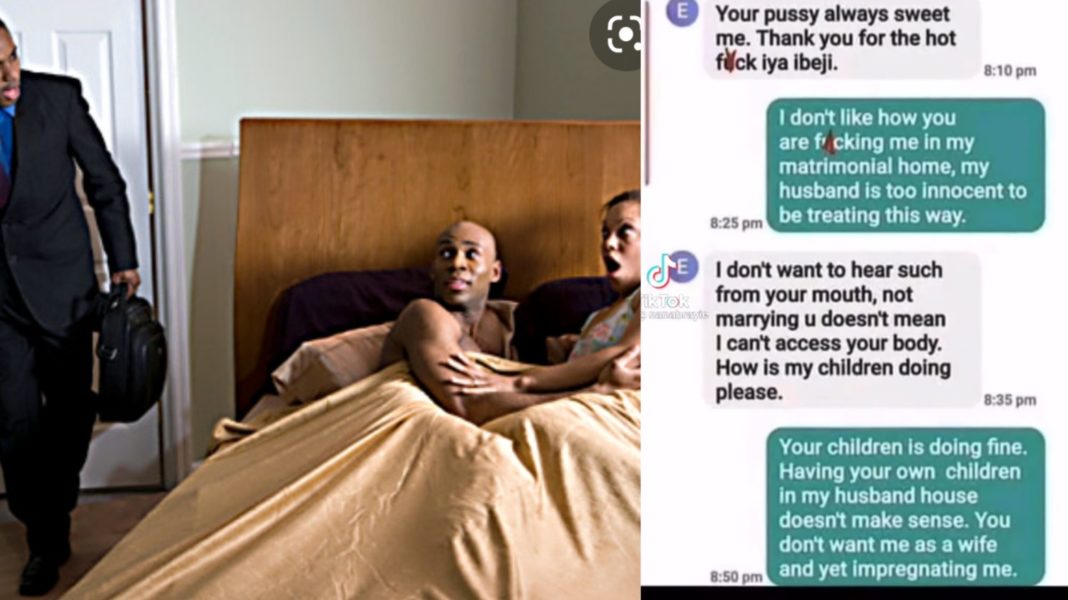 It looks like loyalty in marriages is no longer respected as many couples freely cheat on their spouses.

When it comes to the game of cheating, women are gradually taking the lead and this is because women are naturally mischievous.

Well, a chat between a married woman and her ex-boyfriend has been leaked on social media.

In the chat, the alleged ex-boyfriend of the married woman was praising her for having the sweetest Vag1na he had ever tasted.

She, however, told him she didn’t like how he was always “chopping” her even though her husband is a good man.

It was also disclosed in the chat that he had children with the married woman which her husband was completely oblivious of.

See the chat below; 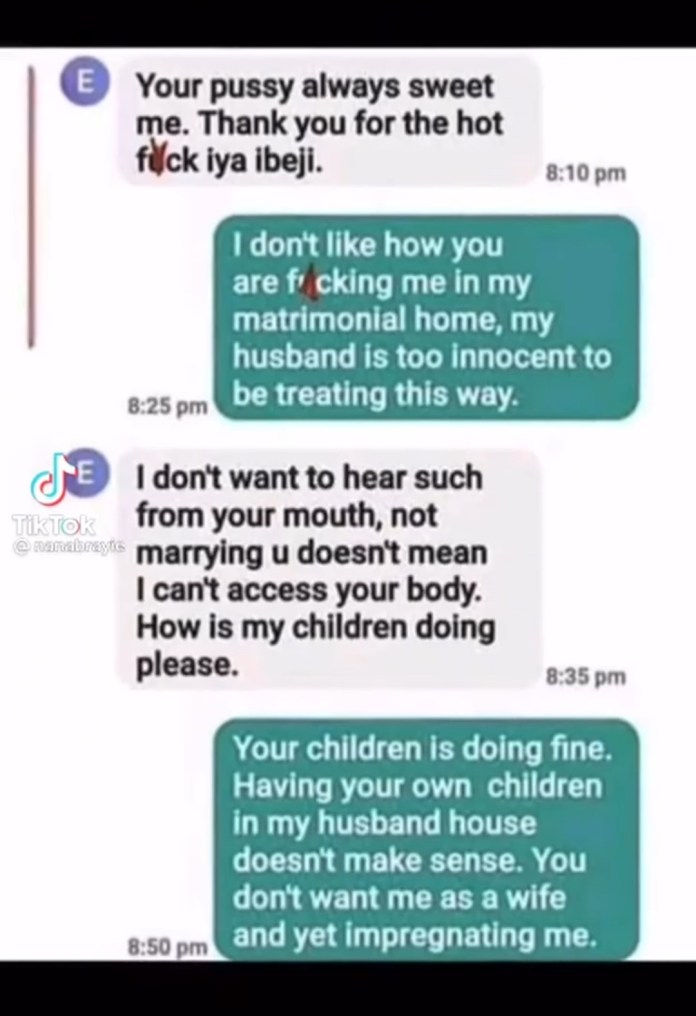